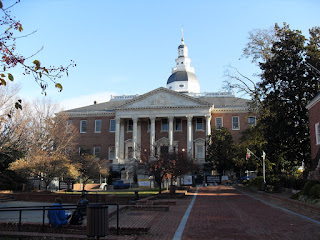 The Business Section of the Sunday Nov. 30 2008 New York Times develops the new tension between “privacy” and efficient communication in an article by John Markoff, “You’re Leaving a Digital Trail. Should You Care?” The link is here.

The Massachusetts Institute of Technology is trying an experiment with some students: in exchange for the ability (for experimental purposes) to monitor the students’ every move, it offers a free smartphone.

It may not seem like that much of a step-up. Consider how much we are monitored already. Cars have GPS devices and OnStar, which can rescue you from an accident, but can let the government (or car rental company) track you. Thomas Friedman proposes an “energy Internet” which will reward consumers for efficient use of resources, but would have to track them to do so. It may be possible to monitor individuals in such a way as to monitor their carbon footprints, as if that became a new kind of pseudo-currency that could be scored. But there is obvious reason for concern for misuse by all kinds of entities, including insurance companies.

Recently, on the books blog, I reviewed law professor Daniel Solove’s “Understanding Privacy,” which has certainly become a dynamic concept. I think we tend to confuse “privacy” with “personal sovereignty” which has expressive components which can actually contradict or confound privacy as we used to understand it. Expressive sovereignty can impact the perceived privacy needs of others connected to a person, especially other family members, a problem that is ethically important when the other family members are not “chosen” (like spouses or one’s own children) but are already existing blood or familial relationships established by parents or by others.

In the past few years, we've developed a notion of "online reputation," which comes about because previously "non public" people can become known publicly (as to "who they are") through the Internet, as a result of the sum totals of their activities (including content posted or distributed by others). Now, such "reputation" could be affected by tracking technology. “Online reputation” has become a fluid concept, because it is so connected to a person’s circumstances, and that sometimes can affect the "reputations" of others beyond their capability of choice, possibly inviting misinterpretation or misuse by previously unconcerned parties. The more control a person has over his or her own life, the easier it is to live “expressively” in a wild world without significantly compromising privacy that “matters”. But not everyone has the opportunity for this kind of independent life. Not everyone agrees that it is such a good or sustainable thing.

Picture: No, not Mass;, but the state capitol in Annapolis, MD
Posted by Bill Boushka at 7:13 PM