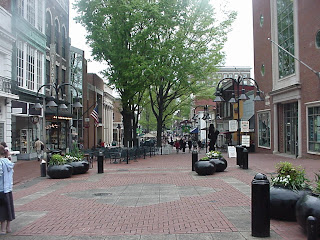 Various media sources say that jury consultants and trial attorneys are turning to the web to vet jurors these days. Attorneys often look for social networking profiles, blogs, personal sites, or comments by others – in a manner similar to the “background investigations” done by some employers – in screening jurors for attitudes and potential bias for or against a particular litigant or defendant or about a particular issue.

There are several stories in the media about this. A good one is by Julie Kay, “Social Networking Sites Help Vet Jurors” in the National Law Journal, Aug. 13, 2008, link here.

Today (Nov. 5, 2008), on p A19, The Washington Post (under “Around the Nation”) has a reprinted story from the Los Angeles Times by Carol J. Williams, “Consultants comb the Internet for clues about potential jurors”, especially during voir dire. I could not find the story on line in either newspaper.

I got called to jury duty four times while living in Dallas in the 1980s (one day or one trial). During the last incident, my presence on the jury in a malpractice case apparently helped compel a plaintiff to settle once the lawyers realized (from my statements) that I had been an AIDS activist and, from a couple of newspaper letters, had considerable layman's medical knowledge.
Posted by Bill Boushka at 6:11 AM