"Fame" is a new kind of "money" or at least property; Domain name registrants don't protect their customers from "the establishment" 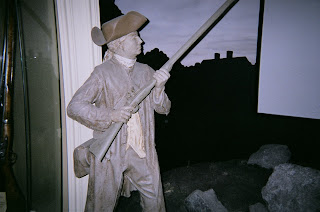 It seems that we now live in a world with two kinds of currency. One is the familiar fiat money, the stuff of “the economy”. The other one is more nebulous, a kind of hyper-individualized self-concept connected with “fame”. We all know that the Internet has made much more of this possible.

But “self-promotion”, as I’ve noted, moves in two directions. One is the ability of anyone to investigate and unearth content and publish it with almost no capital. In some cases, the party may be able to attract considerable attention to the self. This asymmetric possibility disturbs those for whom social hierarchy and organization are important virtues.

I went down this path, because I wanted to make various, nuanced arguments that established pressure-groups, even friendly ones, don’t like to make. I wanted to see more intellectual maturity in what we argue. For example, to argue for “gay rights” (to use the term loosely) we need to talk about more than just immutability or minority oppression. Because of individual bloggers, “the truth is out there” and “special interests” in any political area cannot count on just hoodwinking an oversocialized public.

The other area of instant “fame” is social networking, and that has attracted more of the controversy (“reputation defense”) in the past three years or so. But, the way it is usually practiced, “social networking” really tends to be localized within specific communities or even schools. It doesn’t result in global fame. But it seems to create similar risks and exposures. It’s the idea that we allow people to expose themselves and others to risks that used to be contained and quantified within the “established” media industries that could lead to demands for a crackdown, like mandatory insurance or rollback of some of the intermediary downstream liability provisions like Section 230 and DMCA safe harbor.

In fact, Matt Zimmermann has an article on EFF’s website “Censorship in the 21st Century: Targeting Intermediaries” The link is here. Particularly vulnerable, according to the article, are domain name registrants. In a few cases, domains have been taken down when registrants did not bother to think through the fact that the law protects them from liability (at least as it is now). Some of the major cases include a very leftist New York Times spoof (a fictitious July 4 2009 issue is here), The De Beers diamond company, not amused by a fake ad on that site, went after the registrar Joker.com. And the State of Kentucky illegally went after GoDaddy for registering online gambling sites. And Swiss bank Julius Baer went after Dynadot, domain name registrar for Wikileaks.

Most of the cases that attract attention in the Internet community tend to be bizarre in some way. But the threat of stifling ordinary speakers (who don’t “pay their dues” first) and who enjoy the limelight even without the money to back it up, seems to be growing.
Posted by Bill Boushka at 3:04 PM