The end of capitalism as we knew it: These bailouts are getting plain ridiculous 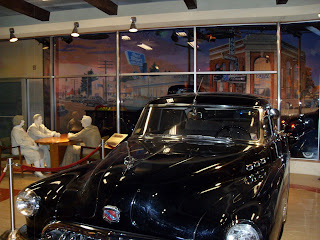 Now, it’s Citigroup. Does this string on bailouts ever end? Lehman Brothers, AIG, all the major European banks, partial nationalization of most other big American banks, multiple government receiverships, the big three auto makers with tin cups begging for handouts like bag ladies in shopping malls. Oh, right, they arrived on private jets.

I accidentally misread my Goodyear statement two weeks ago, and caught by the Veteran’s Day bank holiday (which I forgot about until too late), got the $39 charge. I went ahead and just paid off the entire card immediately. I didn’t get a past due (I got in before the closing date) but missed the due date. I wonder how that affects my FICO score. At least, no bailout for me. Maybe that helps the economy, because Goodyear can hardly be in good shape itself.

The big 3 auto companies make (well, made) elephant cars that nobody wants. Actually, I bought a Chevette in 1979 that fell apart quickly, but by the late 1980s American manufacturers really were turning things around in quality. But, now, it seems they’ve fallen off the cliff as to what consumers need. Just watch Michael Moore’s “Roger & Me.”

The banks goad us into tricky accounts and hit us with fees and whopping surcharges.

The airlines take away services and keep us on tarmacs for hours. (Southwest, you’re much better than the rest.)

Builders offer subprime mortgages to buyers for amount two or three times what they could have qualified for a few years before.

Wall Street traders simply have failed to learn right from wrong and throw our money away, into the toilet. At least, they wouldn't pass my test on Business Eethics that I authored for Brainbench in 2003.

Employers hold their people to quotas and build businesses on “lead lists” and an “always be closing” sales culture. The movie “100 Mile Rule” says what really happens, sad to say.

So now, the government (at the tail end of a "Republican" administration run by "market fundamentalism") bails out all of corporate America. What do share prices means when most of corporate America is becoming socialized, as we become the Peoples Republic of America. Maybe Michael Moore is right. Is this the end of capitalism?

At least, some of our CEO's would have been turned into the Chairman Mao's first set of countryfied peasants had they lived through the "Cultural Revolution," while union workers and mid level professionals learn to do "real jobs", perhaps, according to the "free market cultural revolution." Go ahead, Anderson Cooper, keep on naming names in your list of "culprits of the collapse."

What gets nationalized next? Blogs?

Is it any wonder we’ve entered Great Depression 2?

"Greed is good" (Gordon Gekki aka Michael Douglas in "Wall Street"). Nevermore.
Posted by Bill Boushka at 6:44 AM