Don't misuse the concept of Salvation: why "karma" makes sense to me 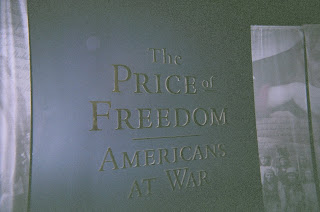 This week, I read and reviewed (on my Book Review blog) Malcolm Gladwell’s “Outliers”, in which the author explains the occasional examples of super success.

I used to be a purist in how I look at human “worth” or success – that everyone owns his own moral outcome and destiny. But I realize that in practice, Gladwell must be right. People who “succeed” do benefit from combinations of circumstances coming together at just the right time. And there is no question that there are a lot of relatively painless things that could be done to spread the opportunity around for more people. Still, judging from practical experience, it seems that person for person, some people have many more of specific gifts than others. In churches they call it the “gifts of the spirit” (often in January, in post-epiphany sermons).

What worries me more is the loss of opportunity. In fact, when I was growing up, and as a young man where I did hear a lot of experience from the Left in the 60s and 70s, “equality of opportunity” seemed like a moral mantra. It seemed that our society had gone to great lengths to determine who “deserved” a better life based largely (during the Cold War) on academic smarts and family role model fulfillment, but we were all too willing to allow those “less deserving” to be sacrificed in war. We had a draft, and we mulled over deferments for the married, for fathers, and then for students, gradually eliminating these. That, to me, seemed the most important possible moral issue of the time, even as we had won World Wars conquering nations promoting ideologies of inherent “superiority”.

Gladwell, in fact, discusses the role of military service in making or breaking personal fortunes, and it can work both ways. People lose “opportunity” because of war or because of all kinds of calamities beyond their control. But, around the world (particularly in poorer countries or families), a bigger reason is family responsibility imposed by the activity of parents. In Africa, many eldest children have to raise siblings left to them when parents die of AIDS. But that sort of involuntary responsibility happens all the time in all cultures. The pure libertarian idea of “personal responsibility” seems hardly workable in a real world for many people.

It’s always sounded to me that the communitarian values in the Gospels are related to the practical reality that most people’s “direction” is shaped as much by forces around them (and the needs of others) as by their own innate abilities. The “Parable of the Talents” (mentioned as a chapter head in Gladwell’s book) offers a particularly grueling moral paradox. It has always seemed to me that this kind of communitarianism is an invitation for abuse of the promise of Salvation by Grace. For example, I don’t want to be “used” for someone else’s purposes after someone else’s wrongdoing, and then say that Salvation makes it all right. (I think I’ve said elsewhere that my not following a classical music career was a much a factor of the Cold War and of “moral concerns” as they were during my coming of age as they were related to my own ability; I really could have and would have “done the work.”) If there were no Salvation, then people would understand that harm is objectively real and cannot be prayed away. That’s why the New Age idea of “karma” has always appealed to me. It seems to offer both Salvation and some kind of earthly justice. It makes sense to me that the Cross could have made karma resolution possible (even if that is not ordinary theology).
Posted by Bill Boushka at 4:21 PM