DMCA 10-year anniversay: We may owe today's Web to DMCA and Section 230 immunities; what is the price? 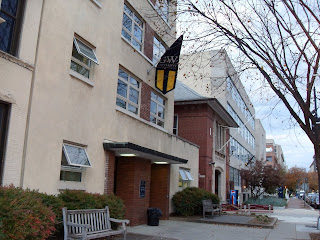 David Kravets has a provocative article on the Wired Blog Network, dated Oct. 27, 2008: “Ten Years Later, Misunderstood DMCA is the law that saved the web.” The law originally passed in 1998 as an apparent compromise between the need for spontaneity on the web, and protection of genuine copyright concerns.

The main point of the article is that the “safe harbor” provision protects intermediaries (like ISP’s) if they take down allegedly infringing materials immediately. Unfortunately, this has become a “shoot first” practice that sometimes burdens small speakers. In practice, it probably does not affect speakers much who do “all their own work” and do little copying or quoting. And in practice the biggest problems seems to be with copying videos. Sometimes there are controversies with reproducing excerpts from news stories, especially from AP.

The link to the story is here.

The “yank first” practice hit John McCain’s campaign, as YouTube took down some videos, as in the story “YouTube to McCain: You Made Your DMCA Bed, Lie in It”, by Sarah La Sitrland, link here.

The other main “safe harbor” kind of law is Section 230 of the 1996 Telecommunications Act (better known as the “Communications Decency Act,” the “Decency” portion of which was struck down in 1997 by the Supreme Court, to be “replaced” by COPA which would also fall.) Section 230 by and large would protect forum hosts and bloggers from immunity from comments posted by others, and protects ISPs and publishing services from liability for content. That is, it looks at ISP’s as like “phone companies” and not publishers. The analogy does not always work in other industries. In commercial motion pictures, for example, both the production company and distribution company could be held liable for an intellectual property tort (like libel).

But a major threat is that some parties believe that “amateur fame” or amateur-generated content is not a fundamental right that the law should bend over backwards to protect, when there are so many loopholes for abuse that sometimes (although rarely as a mathematical proportion) result in tragic circumstances. That sets up the controversy we have today, as in my posting yesterday Nov. 10).