Tracking Internet visit statistics becomes a major industry, even during a recession 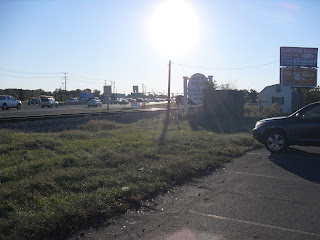 Advertisers, in both broadcast and Internet media, are obviously concerned about their budgets and the effectiveness of their product during a recession, and the pendulum for them can definitely swing both ways. The Washington Post today (Oct. 20) has a major story (Business, Section D) about the industry of measuring the surfing and web visit habits of the public: visits to different sites, and visits to different kinds of advertisements, in a wide variety of circumstances, including paid search engine placement. The story, about website “Visitor Data” as a “Mainstay” is by Kim Hart and with the link here.

The focus of the story is a company in Reston VA (near Dulles Airport) called ComScore. The company offers an enormous array of visitor tracking services to advertisers.

Recently (on June 25, 2008) I covered the concerns that eventually products like Adblock could undermine the business models based on Internet advertising; but even in a recession or downturn, there seems to be little evidence that this is having much effect now.

Recently, I was invited to join a similar survey by Nielsen. I received $15 for completing an online survey, and then was giving a tracking key for downloading the tracking package from their site (Nielsen also mailed me a CD). I was supposed to be compensated more later. The software did create an icon on my tray and did create HKLM registry entries on Windows XP. When I would open a browser (Mozilla, Internet Explorer, or Google Chrome) it would have the irritating habit of feeding the download screen, which I had to exit. After two weeks, I got an email from Nielsen saying they weren’t getting any data and I had to start again. I haven’t yet. McCafee virus scan flags the registry key as a “potentially unwanted program” since it could be viewed as spyware if the computer owner didn’t authorize it and know the company.

When I worked for NBC as a mainframe programmer in the mid 1970s, an office mate actually worked on maintaining NBC’s interface with the Nielsen rating systems as it was at that time (also during a recession, during the Ford administration).

When I worked for Chilton Credit Reporting in Dallas in the 1980s on the billing systems, it seemed that more revenue came from promotions (based on the consumer data base) than actual credit checks. When TRW bought Chilton in 1989, some displaced employees actually found work with TRW Target Marketing.

Individual webmaster often use Urchin and similar products to analyze which files receive visits and which search arguments find their data. Visitor search data has been important in some legal cases, such as the litigation for COPA (the Child Online Protection Act), now struck down.
Posted by Bill Boushka at 8:09 AM