Section 230, and "safe harbor": could these be "regulated away"? 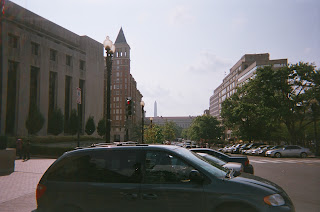 Bloggers have benefited, more of less, from two major laws which more or less (though maybe not completely) shield ISP’s and publishing services from downstream liability for the content that they post.

One of these instruments is Section 230 of the 1996 Telecommunications Act (Cornell Law School reference) which, with some reservations, generally protects ISPs from the content of bloggers (libel) and generally protects bloggers from problems posed by comments posted by others. The concept is a bit soft and there are unresolved issues (such as what happens if the blogger edits the posted comment). Electronic Frontier Foundation has an FAQ page on the topic which should be used as a reference, here. But the underlying concept is that an ISP is viewed as like a “phone company” and not as a “publisher”; similarly, the blogger or message board administrator who allows others to post comments is viewed as a communications facilitator and not a blogger.

The other major item is the “safe harbor” provision of the DMCA, or OCILLA, link here. This provision protects ISP’s from downstream liability for copyright infringement if they follow safe-harbor takedown procedures. These have been controversial, and there have been many complaints that ISP’s have little incentive to give individual speakers a fair shake.

However, there are voices out there that say that protections like “Section 230” and “Safe Harbor” are misused, abused, or claimed in situations where they don’t apply. That’s one of the potential points of contention in the prolonged litigation between Viacom and Youtube. Neither concept is perfect or without flaws, but both came out of Congressional desire to balance the benefits of open Internet speech from newbies without capital, and the need to contain some unquantifiable risk to others. The Youtube case could put all this at risk.

What’s the underlying issue? One of them is the claim that “undertrained” speakers do not have the educational background to know the risks they are taking by broadcasting online, nor do they have the capital or deep pockets to cover the potential liability. As noted a couple weeks ago, the concept of insurance for bloggers has reemerged. We have wondered if this or some sort of bonding could eventually become mandatory, or at least a business necessity for publishing services at some point in the future as the advertising and legal climates change, possibly in connection with the fiscal crisis.

In the fiscal crisis, we’ve noted a need to regulate and reinsure various financial instruments in a way to make them more visible to the public. In the Internet, there seems to be a “risk to the public” in a couple of areas, such as “online reputations” of others mentioned in blogs or social networking sites, and the possibility of dependable income loss from copyright owners. Now, these speculative claims can be made in the context of sudden explosions of liability in litigation, possibly causing another major “unforeseeable” economic ripple or crisis through certain kinds of Internet companies. Both of these claims are controversial, to say the least. In the former, the “online reputation” issue seems related to the sloppy way employers use the Internet and search engines to do “background checks” on job applicants without even being sure they have identified the people properly. In the latter, the income of artists and media “professionals” is at real risk more because of the failure of the media industry to react quickly to consumer needs and change its business model than to the activity of amateurs, even to the “illegal” downloading of songs and movies in P2P networks or sometimes on the web.
Posted by Bill Boushka at 8:11 AM