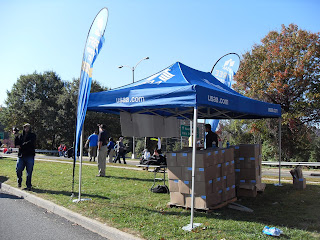 A case called Parker v. Yahoo maintains that the search engine “cache” function is protected by an “implied license.” The news story appeared Oct. 16, 2008 on Eric Goldman’s Technology & Marketing Law blog, here. It is also linked by Electronic Frontier Foundation. A copy of the Opinion (Sept 25, 2008) is here. The case was tried in the United States District Court for Eastern Pennsylvania, the same court that tried COPA. The opinion was authored by Mary A. McLaughlin.

Earlier cases, such as Field, had expressed the concept that those who post on public websites visited by search engines when they know search engines display cached content give implicit rights to engines to cache their content. That is, such caching amounts to fair use under the circumstances. It is possible for a poster to override caching with an explicit restriction, and search engine companies do provide procedures to remove specific caches.

The plaintiff in that case even suggested that individual users who download cache copies are copyright infringers. That would be like saying that someone who downloads an AP story and keeps it on his own computer but does not repost it online or republish it anywhere else is still an infringer. The reason someone might to do this is that the original posting might be deleted. That hardly sounds like a reasonable contention.

J. K. Rowling vs. RDR Books case and fair use.

In another important recent case, the Harry Potter Lexicon, marketed by RDR and associated with Steven Vander Ark, was deemed not protected by the fair use doctrine of copyright law. The Stanford cyberlaw reference is here. EFF made recent note of this case in its deeplinks blog. The HP-Lexicon site has this URL. The case may give some useful guidance with the issue of "derivative works."
Posted by Bill Boushka at 12:02 PM