"Reflexivity" (George Soros) helps explains all markets and interactions; it relates to "The Polarities" 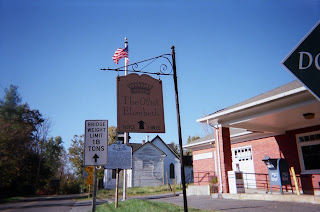 George Soros, in his recent explanations of the current global financial and credit crisis, has introduced a term called “reflexivity” to explain how markets behave in a real world. In a general way, it means that market actors behave on the basis of perceptions, not transparent information, and their actions influence the perceptions of others. He uses this observation to counter an ideology called “market fundamentalism.” I discussed that further in my review of his latest book yesterday.

But that same sort of ideological problem occurs in the way we look at or “measure” people, particularly with respect to a concept called “moral hazard.” It’s true, on an ideological level, that we (especially in the “libertarian” world) criticize individuals for taking on risky mortgages; it’s only when we look at the bigger picture and use ideas like “reflexivity” that a lot of us come to see that this is not an adequate or reasonable way to look at fixing the current crisis.

Unfortunately, reflexivity, in a real world, can make an apparently neutral attitude towards others having certain issues (that is, the libertarian idea of “harmlessness”) to take on the appearance of hostility. That’s because of karma. No one can become a self-sufficient person without the “indulgence” of others at some point in his or her life (starting with parents), so a moral question, in individualistic terms, would be, doesn’t the person owe the same emotional indulgence back to others? If, in some familial or perhaps workplace situation, someone asks you to indulge their needs in some unexpected way and you refuse, you suddenly are perceived as being hostile to them rather than neutral. The “manipulation” (in Soros’s words) is the set-up of a situation in which you are expected to act in some pro-active way in someone else’s behalf under conditions decided by others; the “content” then becomes the hostile attitude or lower apparent status of the person needing intervention. In the real world, people are manipulated this way all the time. In writing about family values, author Jennifer Roback Morse introduces a corresponding concept called "The Prisoner's Dilemma". Many of the teachings in the New Testament and especially the Gospels, that seem to challenge immediate self-interest (in passages like the Beatitudes, the Rich Young Ruler, and the Parable of the Talents, the Parable of the Prodigal Son, and the Parable of the Vineyard) are based on "reflexivity." Even the concept of the military's "don't ask don't tell" policy (for gays, however poorly it actually works) is based on "social reflexivity". Soros’s concepts of “manipulation” and “knowledge” more or less correspond to the “polarities”: power v. love, right v. truth. The tension between these poles always causes reflexivity.

Soros's most recent book is "The New Paradigm for Financial Markets", reviewed in my book blog Oct. 21. Soon I'll look at Benoit Mandelbrot's "The Misbehavior of Markets: A Fractal Review of Risk, Ruin & Reward". I wonder if "fractality" will become another buzzword for this problem to accompany "reflexivity."
Posted by Bill Boushka at 4:04 PM