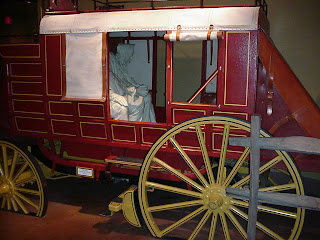 A former Oregon businessman and carpet broker named Bill Sizemore has an unusual calling and second career, comparable to super-blogging. He is a “ballot-ician”. At the behest of other conservative businessmen and interests in Oregon, he writes and files ballot "serial" ballot initiatives for elections. He has filed over one hundred in fourteen years.

This election he has initiatives to lower state taxes, give merit pay to teachers, give homeowners more freedom to do renovations without building permits, and prohibit the use of public resources for political purposes.

The ABC News story is by Dan Harris, and is called “The Most Controversial Man in Oregon,” link here. I guess that makes work as an election judge even more interesting.

Sizemore’s website is named simply enough, with this URL. The website includes some cartoons, a discussion of his philosophy (taxpayer relief – libertarian sounding), and a news feed.

Bill Sizemore was also in a domain name dispute regarding another domain intended to oppose him. The UDRP Dispute resolution appears here. It makes interesting reading as to how ICANN interprets the concept of “bad faith” in registering a domain name.

Sizemore certainly has an interesting paradigm for a "team of one" political activism. A guess a serial "ballot-ician" is like a serial entrepreneur.
Posted by Bill Boushka at 8:32 PM