AOL will cancel its "hometown" publishing and FTP services 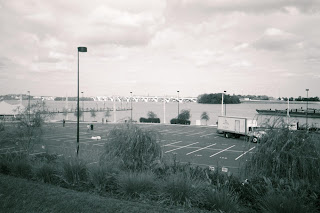 AOL has notified its subscribers that it will terminate its “Hometown AOL” self-publishing and blogging service, along with its FTP utility, on Oct. 31, 2008, at least within the United States. It provides some advice on how to back up content but leaves customers on their own to find regular hosting.

Search engines have long indexed content under “members.aol.com” or “hometown.aol.com” interchangeably. Even if content is copied to a regularly hosted domain, it will have a new domain name and have to be reindexed. AOL should have provided more assistance or arrangements for new hosting. The announcement is dated Aug 4 here on the “People Connection Blog”, link here.

Hometown AOL was, as I recall, launched in 1996. At first it published only images and text entered by hand. By October 1996 it was possible to save regular text files (like chapters of a book) and publish them on the Web. By sometime in 1997 or 1998, they were getting indexed by search engines.

It is not clear whether hometown AOL requires the subscription fee, inasmuch as AOL has offered email services free and gone to an advertising model. The reason for the action is not totally clear, but hometown AOL may be an outmoded concept in the days of high-end blogging services and social networking sites. Perhaps Facebook or Myspace will step in and help Hometown publishers, although the emphasis on Hometown as a publishing space may not be the best fit.

The FTP facility could also connect and publish to outside domains.

Since that time, many other products have become more popular for FTP. The best known is perhaps Ipswitch WS-FTP. Microsoft Front Page came into being around 1997 and has always been a big clumsly; now Microsoft is replacing that with Expression Web.

When I launched “hppub.com” to support my book in the summer of 1997, I kept mirror copies of the book content on hometown AOL. In early days, hometown AOL was often more stable than other hosted sites. However, it provided no reports or statistics as to visits. Nevertheless, many people built fancy sites on hometown AOL during the 1997-1998 period.

I stopped the practice of mirroring around the year 2000. Search engine companies say that they prefer people not to do this. Eventually, I replaced the index pages with links to my main site, doaskdotell.com. (Try hometown.aol.com/jboushka.) My intention, of course, had been to make sure a version of my work was always available online, since service in those days was not always as stable. Actually, it turned out that the “one-person” ISP that I had in those days (virtualnetspace, hosted on rack space by a Maryland businessman) was quite stable for four years, before the rack space was driven out by competition from larger companies with more economies of scale.

Blogger has a migration tool for AOL Journals. The Blogger Buzz link is here. There is more discussion of the relationship between Hometown AOL and AOL Journals (historically) at "Technology Commentary" here. Presumably Hometown users would have converted to Journals first, then to Blogger. I've seen lots of conversions in my 35 years of I.T.!
Posted by Bill Boushka at 6:30 AM