The Amish: the individual, the family, and "asymmetry" 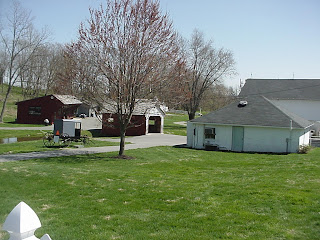 Since moving back to the East Coast in 2003, I’ve visited the Amish country in southern Pennsylvania a few times (once after the 2006 tragedy) and again the significance of that group’s values is striking to me. Wikipedia discusses their family structure in detail, noting that every adult regards himself or herself as a member of a family rather than as an individual. Such an arrangement gives a marriage couple with children great social "power" over other adults within the family until they in turn marry and have children -- indeed a "perk" of marriage in that kind of culture. Furthermore, the group’s shunning of most technology and cultural isolation would seem to protect it from most of the uncertainties of the outside world (although not all of them, sadly).

Other conservative religious groups hold similar views of the family. For example, the Mormons (the LDS church) similarly tries to socialize all people deeply within the family and provide a “complete” life. Other religions, such as the Catholic Church and many evangelical denominations, preach “family values” (with a lot of simplistic prohibitionism about sex to nudge people into family responsibility) but often don’t practice them consistently. In other parts of the world, including much of Islam, “family values” turns into outright tribalism and a rigid patriarchal society.

From a moral point of view, they do have a point. I was an individual who experienced certain difficulties doing what was expected of “young men.” I went through a very traumatic period in my college years, as I have explained on the blogs. I got out from under this because society “changed” and started to welcome more diversity. It changed in part because it had to, in the 1960s particularly.

In the 1970s, a new view of personal virtue emerged in much of the LGBT community and would come to be accepted as part of modern liberalism and sometimes libertarianism. That is, the individual should make his own way in the world first, and develop personal relationships only after being sure of his own place. Such a view, for example, avoids the problems of gratuitous emotional pampering and "soap opera style" jealousy. But it also leaves a lot of people behind, people who depend on social connectivity and to whom we owe great moral debts.

The problem with this, as underscored by all the crises of the past few years (starting with 9/11, the natural disasters, and now the financial crisis) is that “having a place in the world” itself means depending on a stability that can break down. We can never take it completely for granted. That’s one reason why ability to serve (especially in the military, as I noted in my involvement with “don’t ask don’t tell”) takes on moral overtones.

There is another moral problem. Others made emotional commitments to me. I find myself, as an adult, preoccupied with might own “rights” to my own “choices” resulting in shunning people, as I might have been shunned before. “Get a job….” We have taken “personal responsibility” and taken it to ideological extremes, along with market fundamentalism, exposing all of us to the possibility of catastrophic breakdowns if we don’t accept more connectivity with others. Refusal of unwanted intimacy is taken to be a “fundamental right.” But we take this further. We take pleas from others as a demand to change our own goals and sense of identity to stop and orient our purposes toward their needs. We feel asked to “change”. And the ultimate problem is that external instability can force us to change, to stay alive at all. This connects to other religious concepts, such as the Christian idea of forgiveness. Whatever we think of their theology and the apparently stifling (from our point of view) of the individual by their social customs and restrictions, conservative and insular religious groups like the Amish have a lot to teach us.

That’s the rub, isn’t it. We like the idea of self-fulfillment, and the public recognition that the asymmetry of the modern, global world offers us. But that same asymmetry is dangerous, and can lead to unsustainable situations. We think we are free and sovereign, but we are all dependent on institutions that we can’t control, because we don’t like the decentralized interdependence within our own blood families and communities. It is, perhaps, a question of karma. Unconditional “intimacy” was given to me at one time, and I got through some things. Do I in turn owe it to others, even when it goes beyond my capacity of choice? One problem is that, with bad "karma", you ride in the rafts of others whether you like it or not, and if you still lose out because of the "irresponsibility" or "dishonesty" of others, you still wait in line like everybody else, so you have to become more open. The irony is that the “free market” could some day force this upon me. The "rule of law" does not guarantee a fundamental right to global stability.
Posted by Bill Boushka at 6:21 AM

Interesting blog about the family. I blog the bible and I've just been thinking about the same themes. Thanks for posting it.