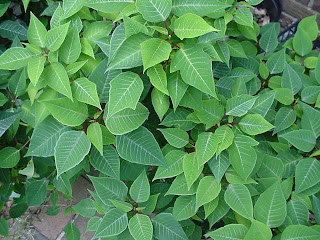 Ever heard the quip “We Won” followed by “They Lost.” That’s how we deal with rooting interests. The Nationals (“they”) blew a five run lead today (on the road). The Redskins (“we”) came from behind to win today (at home).

I’ve always thought that a matter for moral self-sufficiency would be a proverb like “there is no they.” It’s up to you to get the problem solved. There is no one else to depend on. The buck stops with you (or me). That’s what is means to be a professional.

We want to take credit for triumphs that are really ours. We want to blame our losses on other people’s mistakes, on bureaucracy, on sales culture that is based on manipulation of demand and not real value or any sense of truth. We claim that we are self-sufficient when it is in our self-interest to say so.

In a real world, however, we find our idea of self-sufficiency challenged by events beyond our control. Look at what’s going on in Wall Street tonight (a Sunday night – visit my issues blog for more details). In sweeping measures affecting three major financial institutions, the whole concept of investment v commercial banking was revamped, and the confidence that ordinary consumers have in routine financial activity and insurance is tested. We let “finance professionals” in investment banks get rich by taking our money and leveraging it against speculative assets (real estate). Then in one Sunday night everything changes. Maybe most of us won’t be affected, but ordinary workers and retirees, who base their idea of “freedom” on trusting a system that they think is stable find that their lives are no longer in their own hands, maybe. We shall see (even Monday). Here's a sobering example of what goes on by Colin Barr of Fortune Magazine, as carried on CNN Money, here ("Wall Street's Troubles are Yours, Too").

We consumer more resources, and the rest of the world tries to catch up. As a consequence, we loose a whole major city to a flood (albeit below sea level) and then find most of the nation’s fourth largest city to be without power. The storms get bigger and the potential disruptions get impossible to control or contain.

We’ve encouraged a world of individual independence, and find that if too many of us are too independent, familial and community ties can weaken, and the infrastructure that our “independence” depends on can unravel. Maybe the Luddites had a point. I don’t experience their idea of freedom. But I can see how it makes sense to them, and how some of the rest of us can disrupt it. "Lay up not your treasures on earth..."

If you have cable (that infrastructure again) stayed tuned to CNBC!

Also: a trivia: if you want to see how MLB handles the "road v home" problem when a game is relocated because of a hurricane or weather at the end of the season, look at "Chicago Cubs at Houston" today on mlb.com.
Posted by Bill Boushka at 8:29 PM