Wall Street business ethics and personal karma: Is there a correspondence or "Gospel Parallel"? 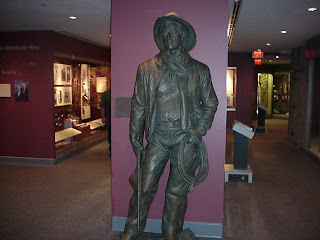 Floyd Norris has a blog entry in the Business Day Section of Today’s New York Times, called “High and Low Finance: Reckless? You’re In Luck”, link here. He outlines how credit default swaps work. He then explains how this sort of financial instrument violates a basic principle of the insurance business: insurable interest. You can’t buy insurance against something in a manner to give you an incentive to destroy it. But in business, that is how the swaps can work. You can buy a “policy” against a GM bond default with no exposure to risk, and profit from its demise. It’s not hard to imagine, in our short-term, “bottom line” behavior and “cheating culture” that this will inevitably lead to abuse in financial markets.

As Suze Orman explained on a popular show recently, ordinary American are seeing their jobs and financial accounts jeopardized so a few people can get rich on Ponzi schemes that are not “sustainable”. And we have to deal with it in our personal lives.

William M. Isaac, a former FDIC chairman, has an interesting article on p A23 of the Wall Street Journal today, “How to Save the Financial System,” link here. Isaac believes that the problems this time are much more about mechanics and unsavory incentives than economic fundamentals.

Where does this leave us all? We hear doomsayers claim that the entire system of deposit insurance could collapse, that could loose our economy altogether. This doesn’t have to happen, but the idea that a financial, like a physical, cataclysm

On an individual level, this sounds like the religious “treasures on earth, treasures in heaven” speech. Our modern notion of individualism encourages that the individual adult stake out his own place in the world, even before making emotional commitments to others and having and starting a family. But of course, that assumes Man’s infrastructure – the rule of Law, and some kind of financial and physical security and stability – is dependable and even “sustainable.”

In fact, libertarian notions of personal responsibility, which justify a more “live and let live” approach to the personal aspects of “public morality” issues, depend on some kind of stability to keep a stable and meaningful social context. That’s one thing that makes the debate on “family values” layered and perplexing.

Consider the social values of a few generations ago. Everyone, now matter how different, was expected to take his or place in and remain loyal to the family, and develop the ability to take care of others personally, regardless of having his or her own children. The responsibility for doing this was a way of keeping anyone from “cheating the system” or not having an “insurable interest”, psychologically speaking, in others, particularly family members. It gave some people a sense of security within the family, at the expense of some personal individual freedom and particularly prolonging inequality among different families and groups. The comparison of non-fiat “karma” to the financial world is intriguing to me, at least. I’ve even heard of a rogue amateur script floating around the movie agents about a “stock market” in people’s “souls.” Sounds like an intriguing idea for an adventurous indie-oriented studio like LionsGate or Overture films. Remember the horror flick “Donovan’s Brain” back in the 1950s, when a disembodied brain controlled the stock market?
Posted by Bill Boushka at 12:24 PM