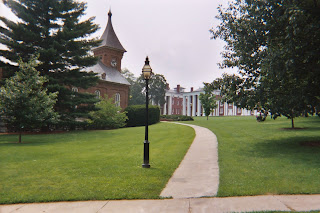 The Virginia Supreme Court has overturned Virginia’s anti-spam law and overturned a conviction (of Jeremy Jaynes) because the law prohibited non-commercial political or religious emails (albeit mass-mailed and unsolicited) as well as commercial emails. The opinion was written by Justice Steven Agee. The justice made an analogy of a hypothetical transmission of the Federalist Papers by Publius (a pseudonym of Alexander Hamilton, James Madison and John Jay) in an argument that appeals to the right to anonymous speech as well. Viginia’s law is the only anti-spam law to apply to non-commercial speech; other states, as well as the federal CAN-SPAM act of 2004, apply only to commercial emails. At the time, the use of the “opt-out” mechanism was seen as inadequate by many people.

The Opinion is available on the Commonwealth’s website here. It is case number 062388.

The AP story is by Larry O’Dell and appears at this link. AOL reproduced the story on its Money link and offered a poll that so far indicates that most visitors believe that even non-commercial spam should have criminal penalties.

Check out the blog "The Spam Diaries" (link), especially the material on the writer's defense of a SLAPP lawsuit from an alleged spammer.
Posted by Bill Boushka at 9:00 PM