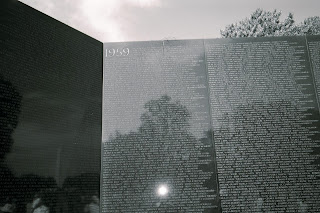 I recall an occasion back in 1983 when I was jogging at the old Turtle Creek President’s Health Club in Dallas, when a mother allowed her small child to wander onto the track. I complained to her. “She has a much right to be there as you do,” she protested. The Club, fortunately, agreed with my “rational” position. Underage minors are not allowed in privately owned spaces where they could get injured (try bars).

Today (Sunday), at a Presbyterian church that I visited, the pastor carried two baptized baby girls, born prematurely but now healthy, down the aisle and handed them to congregation members other than parents.

As I’ve noted before, I see the pressure all the time. We, especially the childless among us, should feel responsible for other people’s children. That may be an abstract notion, but as the world becomes more connected than it was (during those three decades of my “urban exile”), and allows all its individual asymmetries, the idea becomes real.

I’ve written a few postings about concepts like personal sovereignty, and how this could be at odds with sustainability and the marriage socialization (emotional as well as rational) that it takes not just to raise the next generation but now, probably, to care for the last one.

When a stable married couple does have and raise children well, it is indeed taking on a “risk” and performing a service for all of society.

Well, now, “risk” is perhaps the wrong term. “Risk” refers to the probability of a harmful result in a set of events whose behaviors are well known from past experience. Insurance companies and actuaries deal with this all the time. The more apt term is probably “uncertainty.” We often read that teenagers – for reasons of organic brain development timespans—don’t perceive risk properly, but any teenager serious about school grades dislikes uncertainty.

A free society depends on individuals accepting uncertainty in critical life choices and situations. The most visible example today is the willingness of a couple to make a lifetime marital commitment, in view of the uncertainty that one partner (or both) could develop serious issues during the lifetime, or that unpredictable possibility that children born to the marriage could have special needs. One could apply the concept to young same-sex couples.

Much of the discussion about marriage seems to presume that the partners are already inside the Schwarzchild Radius of the relationship, and talks about how one is “changed” emotionally by the marriage, to the extent that one no longer perceives “personal responsibility” in the meritocratic way that he or she would have as single. Yes, it’s about “love” (and “power”). The film “Fireproof” showed the husband, to save his marriage, engaging in behaviors (sometimes going through the motions at first) that seem like silly, self-effacing pampering to a single person.

Nevertheless, from the “citizen of the world” perspective, the moral issue is the willingness to deal with the uncertainty and enter into the relationship in the first place. A man (or woman) may rationalize this aspect by looking at the idea of whether he or she is “competitive” or “worthy” enough to take such a partner in the first place, particularly during the sensitive late teen or early adulthood years, when one has been exposed to the competition (and sometimes bullying taunts) of “Darwinian” peer pressure.

As noted in previous posts, the emotional scope of family is now having to incorporate the childless, in large part because of demographics and the need for eldercare. The Washington Times ran an editorial (“Focusing on Family”) Sunday noting that extended families are living together again rather than spreading to the ends of the solar system (or perhaps “Second Life”) for separate expressions. “And that’s a good thing.”

Another big area where uncertainty figures in as a moral issue is national and community service, and the willingness or capacity to engage in more risky jobs. The really obvious example is military service. We used to have a male-only draft, and we still have Selective Service registration, for young men. And we depend on people who accept the risks of certain kinds of careers, such as firefighters (as in that movie above) which are often “volunteers”, and law enforcement. Eligibility to perform such service can be construed as a moral issue, which is why, for me at least, the “don’t ask don’t tell” policy for gays in the military raises deep moral questions, around which other problems accumulate in concentric fashion.

I’ve detailed my own history with respect to the draft. After my 1961 college expulsion for admitting homosexuality, I took the draft physical three times, going from 4-F to 1-A and finally passed. After graduate school (and finishing college while “living at home”) I finally was “drafted” but was sheltered away stateside and did not go to Vietnam to be exposed to the “uncertainty” of sacrifice. Today, the war in Iraq has led to the unfair “backdoor draft” leaving not only veterans but their families to deal with the emotional cost of the enormous wounds.

All of this leaves me in a bit of “moral debt.” (I once got a blog comment [Aug 2007, on the TV blog], asking: When would I pick up a hammer and head to the Ninth Ward? The same comment was directed at Anderson Cooper.) Several times I’ve been invited to get involved in situations where I would serve socially as a male “role model” despite my history, thereby, in their view, earning a right to be heard from. It’s as if others pick up on this and want to give me a way out of the existential trap (and perhaps feel more comfortable about themselves with their own personal issues if I set the right “example” for them). A couple of the opportunities really were cheesy, but two or three of the situations that occurred in the school system when I was substitute teaching were presented to me in such as way as to ambush me, with no forewarning (the incidents should have been prohibited by school system policy, or I should have been told in advance that addressing these situations would be expected). I simply perceived that I was being humiliated, left to wonder why I had not been “competitive” enough forty years earlier to have a family myself. They thought they were “offering” something. But I know I need to come to terms with this.

Ten or fifteen years ago we accepted a relatively straightforward idea of individual “personal responsibility”, in the workplace and in the family. Marrying and having children was largely perceived as a private choice that should not impact others. . The capability (and perhaps practical luxury) to refuse unwelcome or uninvited intimacy or emotional closeness among adults – perhaps a way to remain aloof and “in control” -- was always perceived as a “fundamental right.” In the public area, military service was seen as a voluntary career-starter option. But things started to change. Clinton introduced the issue of the military gay ban, and gay marriage came up as an issue, and suddenly we were more aware of intrinsic social obligations toward one another again (like we had been through the 1960s, after two World Wars, a depression, and a Cold War). The Internet, with all its free-entry style self-promotion grew, with a result that we became more aware of the “burdens” others have or “uncertainties” that they “risk.” That in itself is a good thing. But then we started learning the truth about sustainability: global warming, pandemics, terrorism, and now financial meltdowns (yes, “The Big Bailout”) can all put an end to the individualistic way we have been living. We have to innovate and assess what is going on very carefully to preserve our way of life as we know it.

This is no longer a good time for introverts. Maybe Rick Warren is right, “it isn’t just about you.” We’re finding that morality involves not only following up on the choices you deliberately make (having children, for example, or avoiding STD’s), it means being willing to share uncertainty with others, sometimes with a degree of emotional connection and flexibility, and awareness of the ways in which all of our lives are invisibly subsidized.
Posted by Bill Boushka at 6:06 AM