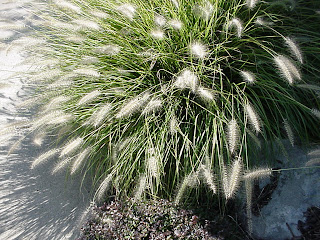 I talked about some of the ethical “paradigm” problems with the online presence of those whose jobs require public visibility on an employer’s dime, particularly on Aug. 28 on this blog.

It’s logical, isn’t it, for someone to ask. Okay, I’m a sales VP somewhere in charge of hundreds of reps. Or I’m a public school teacher. Or a life insurance underwriter. Come ‘on, let’s use common sense. Even given “my” logic, what’s wrong with my having my blog if it’s only about gardening.

Well, set aside the hypothesis that your employer sells plants, the short answer is (1) nothing if the blog is private (not accessible to search engines) and (2) nothing if you have your employer’s permission, even if it is public.

Let’s sidetrack, too, and mention the idea that many individually-owned websites are set up not to publish thoughts but to conduct home-based businesses and process transactions. That is all right if it doesn’t present a “conflict of interest” according to your employer’s personnel policy. But there are jobs with “no moonlighting” rules, that are absolute. In some exotic cases, those requirements can be legally driven (as by Sarbannes-Oxley).

But, even from the “speech” side, there are plenty of “one topic” blogs. I recently corresponding with a blogger who wrote only about competitive cycling, regarding sensitive questions about blogging service policies. What can be wrong with these? Well, maybe nothing, but maybe your employer has paid you to restrict your appearance to the public for the employer’s instance only.

Is that censorship? Yes, and it is troubling. Public employees (including teachers in most cases) have significant First Amendment protections from intrusions from their employers on otherwise lawful off-duty speech (sometimes even on-duty). The First Amendment itself does not prohibit private employers from restricting the speech of their associates, or even ISP’s or publishing services from doing so. Admittedly there are public policy questions, and future network neutrality legislation could well speak to this issue.

I think what I’m getting at is something more like the CNN employee policy I discussed here on Aug. 2, where associates cannot speak to public issues covered by the network on their own. I’m not sure that prohibition is absolute or applies to all associates, but I see the point of it. But yes, it is private “censorship” but it may be necessary to guarantee the public reputation of the company for objective journalism.

In a way, I’m also getting at the possibility that in the future, some ISP’s or publishing services might not want some kinds of lawful materials on their servers, because of a nuisance factor or problems with advertisers or whatever. Legally, this sounds like their right, although, as I noted, there are genuine neutrality questions.

Of course, I have a personal concern with all this, because my blogs and websites, accumulating material that I started publishing online as early as 1996 (where I entered the policy area over the “gays in the military” issue which exploded into everything else), cover practically everything. I say that the nexus is, anything having to do with all the political, social and moral controversies regarding “individual sovereignty” v. “public morality”, where the military gay ban and other LGBT issues sit well centered, concentrically enclosed by bigger policy problems.

As I’ve indicated, it’s important to establish the nexus between all these different issues and understand how different people experience and perceive them. It’s important to consider them together and with some moral subtlety, and not just stop with looking at things relative to “categories” of people.

I wish the major media outlets did this better than they do. Maybe Anderson Cooper’s 360 is as close as the major companies get (yes, CNN again) to what I would want to do myself if I had a news show.

Some problems are better tackled by individuals or by very small companies or organizations, than they are by bureaucracies. Individuals have much more psychological incentive to discover and publish “the truth” even at considerable personal risk. History is full of examples. And there are counterexamples. I recall, a month before 9/11, a paid speech at a sales convention for my employer. The speaker predicted a 35000 Dow by the middle of this decade. Obviously, that didn’t happen and he didn’t tell the “truth.” (Enron hadn’t yet collapsed.) But he was well paid. He had formal credentials. He had “paid his dues”.

Still, should one person “be allowed” to do this forever? True, I was “only” an individual contributor and I carefully maneuvered things to avoid “conflict of interest.” After “retirement” I have found it harder to stay out of situations where I need “political authority” that would create a conflict with this activity. Still, I’ve stayed out so far, more or less. Still, there is an inherent risk “in the system”. This way of doing things is inherently prone to attract nuisance and takes advantage of mechanisms that attract bad actors. Perhaps no one should be “allowed” to tackle everything. Maybe adversarial politics by group (even “partisanship” and “special interest”) is necessary to some extent in a democracy, because, at least, “special interest” implies some kind of personal commitment by the affected parties, outside of intellectual cerebrations. This sort of question can come up in both business and personal or familial contexts, with a degree of parallelism.

One of the reasons people become “partisan” is that they take on family responsibilities. Yes, they make “choices” when they have children, and must answer for their “choices.” (Yes, marriage is relevant.) But they also share risk and common responsibility, at least by becoming socialized and empathetic (even perhaps courageous, or maybe just reckless) enough to make these “choices.” (Sometimes, especially in lower income or working class families, these “blood loyalty” responsibilities are not that voluntary!) In our pre-Internet, late-Reagan society a couple decades ago, “personal responsibility” was becoming a straightforward concept, that appealed to simple libertarian precepts of harmlessness and individual freedom. In a post 9/11 and post-everything-else “reconciled” and wired world, responsibility has become a more complicated concept, more communal, more concerned with sustainability, having more to do with the risk sharing and socialization that earlier “greatest generations” took on without question, often with a faith-mediated influence.

Okay, I am much more “introverted” (maybe even “schizoid”) and could avoid making some of these choices. The cultural revolution of the 60s and 70s (ours, not Mao’s) resulted in my living a productive, adult life as I wanted, with, I add, a lot of financial prudence avoiding the huge debts that others take and preserving discretionary income and opportunities. I do sense a change, especially since the 2000 election and then 9/11. There have been changes in my own circumstances, not voluntary, that make me appreciate this other perspective. I have been sometimes invited and pressured to compete by other people’s rules, and even to take on authority to validate someone else’s fantasy of “non discrimination.” (Doing so would require public silence on my own take on the issues, as I have explained already.) I should prove that I have the moral and competitive standing to be listened to. That seems to be the message. And, I can see in a way, they have a point. It’s important that people play on teams so that everyone can matter and be taken care of.

Sometimes it seems that, recently, some people have not respected my “freedom” in a way normally expected at the end of a first career; yet I understand that, in the course of becoming involved with the issues, I may have made some speculative statements that could have compromised my rights later. (Yeah, that’s “Dr. Phil” talk.) I still must object to the notion that one must define one’s purpose in life in terms of the needs of others who present themselves to him or her, regardless of one’s own particular talents or disposition. Remember “the Parable of the Talents”? Freedom for individuals and freedom for families are related, but they’re not equivalent.

Nevertheless, I decided to launch on this path in life as early as 1994. Some circumstances in my life made my story very relevant to the “don’t ask don’t tell” debate – with a great deal of irony (which some say none of us can afford anymore). The issues blossomed, and so did the ironies of my own life. I see no other reasonable plan but to see this through to the end. Maybe a movie (you can guess what it should be called), maybe a new kind of software database and application to document political and social thought. I would like to see a public forum on “individual sovereignty and sustainability” organized by some of the universities and colleges that form part of my life story. The best chance for me to take care of other people in a way that our emerging “reconciliation” requires is for me to tell the truth very publicly. That cannot change.

It’s a crazy paradox. If I mention a certain peril, it’s seen as asymmetrically attracting or ‘enticing” trouble; on the other hand an elected official or candidate can say the same thing in a political convention and be cheered. Perhaps I didn’t “pay my dues” and so, down the road, I must. I’ve actually heard that question, by the way: why can’t you run yourself? All you have to do is ask other people for money. Ask, and don’t tell.

At some point, this just gets to be a discussion or lecture in “philosophy” doesn’t it. In the early part of the time that I was in Minneapolis, one of my best friends (who arranged one of my speeches) was a college student who had majored in philosophy. I learned it was a valuable “field.” Politicians speak in concrete metaphors, without much self-reflection. Some questions just come down to philosophy. You have to decide what you believe, and go with it.
Posted by Bill Boushka at 8:06 PM