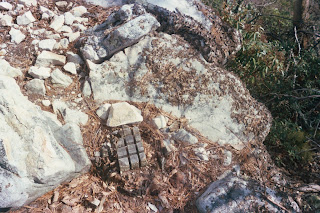 All jurisdictions in the Washington DC area are scrambling to hire more poll workers for the Tuesday Nov. 4, 2008 general election. Maryland and the District of Columbia have serious shortages, Virginia perhaps a bit less so (still 1600 workers short), although new areas like Loudon County will definitely have issues.

Poll workers are often senior citizens (sometimes other temporary workers like short term substitute teachers), who find the extremely long days for pay of $130 or $140 daunting. (NBC4 says that the pay in Virginia this year is now $150.) The day begins at 5 AM, polls open at 6 AM and close at 7 PM in Virginia (13 hours of being open). Voters who get in the door by 7 PM are allowed to vote, which extends the work day for judges. Polling locations are often school gymnasiums or senior centers and are sometimes uncomfortable or poorly heated. Workers are not allowed to leave the premises for meals and all food must be brought in. Computer techs may be paid slightly more.

Typically, it takes about two hours to balance and close the tapes and report after closing. Election returns must be turned in with a very specific format and careful packaging.

There is a major story in the Metro Section (B01) of the Washington Post on Monday Sept. 1, 2008 (Labor Day), “Push for Poll Workers As Election Nears,” by Sandhya Somashekhar, link here.

I believe that the WinVote system is still in use in Arlington; I haven’t heard anything different (it was in use for the February 2008 primary, where turnout was heavy).

I have a review of a PBS film “By the People: Democracy in the Wild” about election judges in Indiana, reviewed Jan. 17 2008, link here. There has been talk of “drafting” election judges in Ohio, and one could look at serving as an election judge a kind of “national service”. Possibly it could be viewed the way jury duty is.

There may be more appeal to citizens to work at the polls this year because of the potential historical significance of this particular election.

NBC4 says that Arlington still needs about 200 more election judges. Virginia's State Board of Elections link for "employment" application is this. The title of the page is "Assistance Needed Ensuring the Integrity of the Vote"

NBC4 has a video for Arlington County judges. The spokesperson says that you need the "stamina" for the full day because in Arlington part-day shifts are not allowed. Arlington's link for "employment" as Election Officer is here.
Posted by Bill Boushka at 7:00 AM