Remember how we debated "family values" in the 1992 presidential campaign? 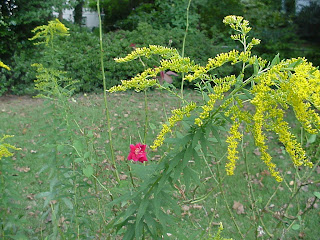 That sounds simple and nice, but in real life, people often have to make other family members their first priority even when they didn’t have their own children. So perhaps Mrs. Bush didn’t say enough. The converse isn’t exactly true. We seem to have a moral debate about the flip side, about that "something else."

Of course, it sounds like I am referring to “demographic winter” and the longer life spans of people while we have fewer children. The population picture is complicated. On the one hand, a sustainable earth may depend on a finite population some day (hence China’s one child per family policy). On the other hand, in many subpopulations there are not enough workers to support the aged who live longer. We’ve all heard that. Some populations do not replace themselves, leaving them vulnerable to being outflanked “politically”, especially in Europe.

We often hear cases of older children being forced to raise younger siblings. Sometimes siblings are expected to raise each other’s children (as after a death), even when they haven’t had any of their own. There have been several television series and movies about this (like “Summerland” and “Raising Helen”). In past generations, the unmarried (usually women) were expected to stay "home" for caregiving of elderly or disabled family members, who usually could not live as long without modern medical intervention. Married couples are given a lot of power to impact the lives of others, even without “consent” through marital sexual intercourse. There are other troubling situations. In the workplace, the childless are often expected to let those with "families" have preferred shift, and the childless often work longer for less pay.

But the biggest issue of mandatory support that may be facing the childless is eldercare, with longer lives and fewer children, many of them childless.

Now longer lives and lower birthrates can be a good thing for “sustainable” individual freedom if people remain healthy, are able to work longer, and if employers can keep them on longer without forcing them to retire. (OK, that’s the social security debate.) But the way we are practicing medicine today, we are able to prolong lives of our parents but not able to prolong their vitality and independence, in many cases. That needs to change. On the retirement blog I recently referred to some statistics on the geometric increase in cases in Alzheimer’s Disease, to the point it is becoming a new public health crisis.

A number of states have “filial responsibility laws” on their books, whereby adult children can be forced to support indigent parents. This requirement exists outside of the better known Medicaid “look back” rules that have recently been tightened. And given fiscal and economic pressures, you can bet your bottom dollar that states are going to start looking for “creative” ways to enforce them.

Furthermore, the media is repeatedly reporting on the need of adoptive parents for disadvantaged children, with much more emphasis than ten years ago.

We had, particularly in the 90s (and before), developed an “adolescent” culture, where adult were encouraged to “define themselves” before they expected to make committed relationships and raise children. Perhaps for some adults this became a lifelong process of growth. Absolute control of the choice of one's own goals in life has come to be perceived as a "fundamental right," and seems essential to the psychological integrity of many adults (especially those with "unbalanced personalities"). In a more open, global world with instant communication and “self-promotion” this whole proposition begins to sound vulnerable and tenuous, dependent on a technological infrastructure that may be more fragile and less “sustainable” than we had previously thought. Suddenly, previously independent adults (especially those like me safely tucked away in the safety of exile in the "urban free zone" for a few decades before the Internet brought us back together for "reconciliation") face pressures to provide support, perhaps physical and emotional rather than financial in some cases, act as gender role models, and become receptive to others under terms not of their own making and not of their own choosing. They suddenly wonder if their expressive activities will soon be seen as unwelcome, meaningless, or even enticing and dangerous when not accompanied by accountabilities for others, regardless of choice. (That gets us into the area of “implicit content” and all uncertainties, potentially legal ones, involving “reputation” in Internet media as we have discussed before.) Pastors like Rick Warren invoke concepts like "purpose-driven life" to say, really, pressures from others are Okay and you should accept them because your life "isn't about you" anyway! Remember, Mrs. Bush used a big “if” in her 1992 sentence on family values, as if all family responsibility depends on acts of personal volition. If only it were that simple.

So, do we need a debate on the scope of individual sovereignty? A few generations back people accepted interdependence and family responsibility as set up by parents without much question. Children, then, were an economic asset as much as a “responsibility” today. But, suddenly, those faced with responsibilities imposed by others (or perhaps expected openness to experiencing their lives as part of an extended "family" even when they didn't marry or have their own children) find themselves realizing they could be better off if they had had their own children themselves and could command the corresponding social supports (with marriage). Perhaps, in a global context, they suddenly feel like "second class citizens." Philip Longman has talked about that (in his book “The Empty Cradle”) even maintaining that we have become a culture of adults often too self-absorbed to find any joy in having children, and will be in for rude shocks! Or David Callahan criticizes extreme individualism and extreme capitalism as responsible for "The Cheating Culture." Of course, the old religious ideas about abstinence outside of marriage really were set up to channel people into setting up and carrying out family responsibilities before they promoted or broadcasted themselves (physically or symbolically). We don’t want those rules anymore, and wonder if we can set up some sort of new, potentially complicated value systems whereby people wired very differently (ranging from LGBT people to extreme introverts) can do what now they find they have to do. Maybe Perot had it right in 1992 when he talked about “shared sacrifice.” We don’t like to hear than anymore.
Posted by Bill Boushka at 9:38 AM