Regulation: The "R" Word; will it stay just in the financial world? 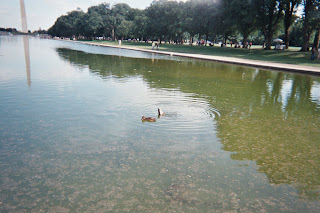 So, they say, the cure is the big bad “R” word, and that’s not a movie MPAA rating. It’s “regulation.” Morgan and Goldman both offered themselves at the altar of Regulation, wanting to become commercial banks so that they can be regulated. No, so they can have access to FDIC insurance and all that. I thought the short selling had stopped. Maybe they will be able to get some credit as regulated commercial banks. A major part of Wall Street has simply evaporated forever. No more investment banks on their own, able to do just what they want. No more financial asymmetry.

It seems that it is up to Barney Frank to save us, in his discussions with Mr. Paulson on the big kahuna, the Bailout. On television, Rep. Frank speaks in pedantic, abstract tomes pretty much the way I do. I suspect he goes through the same existential possibilities. There is no certainty that any plan will really work, without a lot more capitulation first.

Remember Barney in 1993 tried to broker a compromise on the military gay ban issue with an early form of "don't ask don't tell": if you're off duty and off base, you can do and say what you want. He didn't know that soldiers are on duty at all times and all places (even discos).

So we need to limit CEO pay. I can recall that the Peoples Party of New Jersey back in 1972 wanted to limit all incomes to $50000 a year! So the People have to rein in on CEO’s so no one will want the job. Seriously, their golden parachutes are obscene. They pretty much behave like soap opera characters.

And the rescued companies should pay the Treasury back. That’s reasonable. But it’s scary to give Paulson so many powers to play God. Decide who to save, who to triage, who to send to Purgatory.

I talked to a public policy grad student in the auditorium of the Landmark E Street yesterday before seeing “Battle in Seattle” (about the 1999 WTO riots) and he said, yes, if we didn’t do anything, a McAfee-proof financial virus would soon take over the Internet and grind all movement of money to a halt. As more institutions chased cash, even the Bank of America would run out. Your ATM would freeze up. Even the FDIC couldn’t cover us. We could be a society without fiat money, only souls with personal karma to tease investors who now would have to play God. How’s that for sci-fi. (That’s really somebody’s unsold Hollywood script (not mine), but it almost really happened.)

What scares me is that if we go back to regulating banks the way we did before, we could do that with other consumer items or facilities. Say, regulate the airlines again. And then, how about regulating people. That’s the nightmare libertarians fear.

Take free speech. The Supreme Court has said (as in COPA) that you can’t restrict speech on content alone. But you might be able to restrict or “regulate” again how speech reaches the public. Remember, any individual right now can take advantage of “asymmetry” and reach the entire planet (or solar system eventually – it’s a bit over an hour to Titan, you know, at the speed of light). In a few cases, previously unknown individuals have made spectacular pajama profits (which some think excessive) or instigated major shakeups of whole industries (sometimes illegally). And all of this from a public of novices, with no legal training on the possible downstream risks that publishing houses used to perform due diligence for. Of course, a lot of good has come from this – individualized political speech, an alternative to lobbyists and special interests, and challenge to archaic and customer-unfriendly legacy business models from the past. But any novelist with a “Tom Clancy” or “John Grisham” imagination can envision some very bad things that can happen. May happen. Haven’t happened (except in some isolated tragedies). But could happen very suddenly. It could lead, for example, to proposals that all amateur speakers be bonded or insured for potential intellectual property liability, an idea that the insurance industry could accept now. That’s why the “R word” is potentially a very bad word indeed, and, even in finance, it sets a troubling precedent.

Jay Leno tonight: "You know how a bailout works? A failed president and failed government invests $700 billion of your money in failed businesses." The bailout will raise the entire national debt by close to 10%. The bailout would be about $3000 for every wage earner in the US.
Posted by Bill Boushka at 7:42 PM