"Moral Hazard": outside of ordinary life, the insurance industry doesn't have a good grip on it 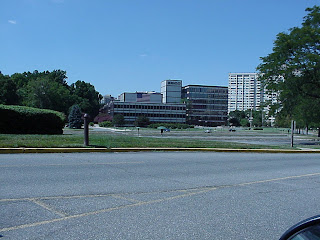 Well, think about what is happening as Wall Street evaporates. Focus down on insurance companies a bit, and then we’ll branch out. I worked for an insurance company for 12 years in information technology. It wasn’t AIG. But one of the most important concepts in insurance is “risk” (which in an individual case is unknowable, and involves the possibility of anti-selection) and modeling the probable outcome of shared risk.

With normal life insurance policies (including all those uses as investment vehicles, as well as term itself), companies can calculate the expected return within reason. The LOMA course in actuarial (part of the certification) befuddles a lot of people who take the multiple choice exam, but it does make the point that, from a mathematical viewpoint, the insurance business is supposed to know what it is doing. As life spans increase, ordinary life policies make more money for companies, who can often collect more premiums first.

Annuities get to be a different bag. As people live longer, some annuities run the actuarial risk of more payouts. We’ve seen this discussion with pensions and social security. Now with long term care insurance, which many life companies are moving into, we see a similar sense of risk. People may be living much longer than expected and collecting much more in benefit than expected. These possibilities can be managed with lifetime caps. But, still, in principle, with these sorts of products insurance companies move into an area where it is more difficult to predict their expected return (or profitability) reliably with the usual mathematical models. The useful application of advanced calculus, like you study in college or grad school (maybe even high school) is limited by the unpredictability of the inputs.

Now, look at what happened this weekend in New Amsterdam (and maybe the old city). One of the nation’s largest insurers is in deep trouble largely because it sold contracts to protect others against losses from subprime mortgages. Think about this with common sense, and forget about Taylor series or integration by parts. (Yes, I’ve taught math before; maybe I will again some day.) An unpredictable number of individuals or families buy homes for way over what they qualify for, on the unsustainable idea that homes will always appreciate. Get that concept: sustainability. Anyone with common sense knows that in five years, when the balloons explode and rise (perhaps filled with hydrogen instead of helium) the system will fall apart. Homes do not get more valuable infinitely, even if “real estate” is based on finite space, because new units keep getting built, often vertically or in higher density areas. Why would an insurance company, in what we think of as a conservative industry, engage in such reckless behavior and make it look OK? It befuddles me. And why would recruiters from them approach me (after my “retirement”) to “sell” vehicles like this? All they seem to see is the “always be closing” mentality. No one thinks ahead. Lou Dobbs is right. We have become the most reckless culture imaginable. You wonder if some of the “younger generation” on Wall Street has a “teen brain” problem or simply didn’t learn right from wrong (at least with OPM – other people’s money).

But concerns about the unpredictability of “moral hazard” in the insurance world get even murkier in other areas. The issues in auto insurance (that young single men are usually riskier to insure) are well known. Think about intellectual property, or “media perils.” Generally, it’s very difficult for “amateur” bloggers and writers to get media perils insurance, even as part of groups. Why? The risk of litigation or loss is not very great in any individual case, but because of the “asymmetry” and novelty of web self-exposure (and or “reputation” issues), it is impossible for insurers to estimate the risk with any reasonable mathematical or actuarial model. Yet, some property and auto companies have, curiously, been willing to include such coverages under “umbrella” policies. This is not a good idea, to comingle intellectual property and “real world” auto or real property casualty and liability risks. It’s likely to spiral out of control if the media attention to sensational abuses on the Net leads to more “downstream liability” (through legislation or novel court decisions) risk that the law currently allows. This is a pretty complicated topic, but there is some disturbing litigation now (as with the YouTube and Viacom case) that could complicate the risk for ISP’s and ordinary bloggers in the future, and lead them to expect insurance. (How could an insurance company mathematically model the “downstream liability” risk for an ISP in some future legal climate? The track record for the insurance industry in dealing with “conceptual” actuarial uncertainty is not good, given its awful performance with the mortgage problems.) Right now, in fact, is seems amazing that we have allowed individuals this freedom of “self-exposure” without insurance. Perhaps we haven’t thought about it because the actual incidence of loss in individual cases has been very low, but the problem is getting worse, given all the copyright and “reputation” problems.

Melissa Gannon has an instructive article "When an Insurance Company Fails" on "The Street", link here.
Posted by Bill Boushka at 9:00 AM