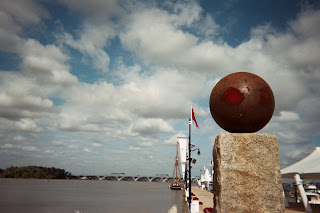 Recently, the Media Bloggers Association (MBA) announced an “education, legal advisory, and liability insurance program for bloggers.” It appears that this announcement was made around Friday, Sept. 18, 2008.

The basic link for the announcement is here.

The basic concept is one that I have promoted myself: that “amateur” bloggers should have the same kind of training, legal support, and liability insurance long available in the traditional media.

The Association invites bloggers to join with an Associate Membership, apparently for $25. There should be an “Accredited Membership” available in the first quarter of 2009. There is a “join” link on the upper right side of this page. But before joining, bloggers must first complete and pass a test on material offered by the Poynter Institute’s News University ("NewsU"), “Media Law for Bloggers”. The organization is located in St. Petersburg, FL. The link is here.

The website says that the course takes about two hours to complete. I could not find the cost readily (I will keep looking). The three cornerstones of the legal foundation are privacy, defamation, and copyright. Defamation and privacy probably would involve areas that we have coming to know as “reputation defense.”

The association membership page has an important link on the right column, under “MBA in the news”, titled “Not Who’s a Journalist, But What Is Journalism” that explains what cutting-edge bloggers should make themselves aware of. The full story was by Ann Cooper from the Columbia Journalism Review, published on “Reclaim the Media”, here. There is the assertion that journalism without formal standards becomes gossip (like the cell phone blog of “Gossip Girl” on the well known CWTV series).

Another important article is “You blog, you’re out” by Michael Hemmington, from the San Diego Reader, September 3, 2008, with anecdotes about several people fired for what they wrote about in blogs, even in “code,” or about job applicants not hired, or “pre-dooced” (with reference to Heather Armstrong’s firing in 2002 which resulted in coining the new verb). That ties back to the now well-known “reputation defender” problem. There is a new term here, “escribitionist,” “a person who keeps a diary or journal via electronic means, and in particular, publishes their entries on the world wide web.” The link is here.

Media Bloggers has also announced a program called “BlogInsure” It has an FAQ PDF document here for a new "media perils" or "media risks" insurance product. It appears that the blogger must become a member of the Media Bloggers Association. The insurance company is AXIS Insurance, part of AXIS Capital Holdings Limited. It appears that if a blogger has multiple blogs, each blog would have to be insured separately.

A self-publisher with multiple blogs (which is very common on Blogger) or multiple publishing sites may have to consolidate the blogs and sites into one or into fewer sites. That means that the blogger, if serious about being seen and bringing in money, and also being able to get coverage, may have to ponder carefully how to set up or “restructure” his or her material. Search engine presence could be temporarily lost. Wordpress may offer better capabilities than Blogger does right now, but that could change. But the benefit of doing so could be a much more professional presentation and the ability to attract other investors or business partners, possibly for coordinated media projects like independent film.

Back in 2001, National Writers Union (NWU) tried to offer media perils to amateur writers. Many people with “controversial” content were rejected the second go-round. It will be important to monitor this new insurance product to see if it really works and really insures writers with edgy material in good faith. It will be important to notice whether the current turbulence in capital markets (and very recent Congressional action) affects this company in any way.

The insurance issue is important, however, for another reason. As with the financial crisis, the world is waking up to the uncertainty that small entities or individuals who have access to any worldwide resource with little regulation can conceivably create. The day could come when bloggers will have to have insurance to have publishing service (very much like the case with auto insurance now). Some publishing services and ISP's have "indemnification clauses" in their Terms of Use although they are very rarely used against "amateurs" (partly because of Section 230 and other downstream liability protections, which could get weaker, as in Grokster and now the Youtube litigation). The uncertain or unpredictable nature of the “risk” makes this a troubling idea. Perhaps standards of third party review would have to be developed. Before the Internet age, book publishers used to go through thorough due diligence before publication, but in the "amateur" area that kind of caution has been dispensed for obvious "business reasons." That could change some day.

Obviously, there is a lot to digest, since this is a new development, and potentially complicated. It could help provide bloggers new opportunities to enter the world of journalism in a professional way with more credentials. I will keep tabs on this and have more to report later.

Note: On September 24, I wrote on this blog about the need for education on media law in public schools because students use social networking sites at home. This development reinforces that belief.

Jill Schachner Chanen has a short piece in the ABA Law Journal (Nov. 2008) "Risky Blogness" about the MBA policy, which it says starts at $540 a year, apparently per site or blog, here. A discounted policy of $450 should be available in 2009. The article calls it "first of a kind" but remember the National Writers Union tried this in 2000 and 2001. Prices were about $250 per six months, so it's comparable. But NWU ran into trouble with "controversial" material. I'll check soon with NWU and see what's happening.

Of course, the program is voluntary since it is just beginning. One aspect of insurance, however (as least as I learned with twelve years in the life insurance industry) is that when it is totally voluntary (which life coverage normally is), there tend to occur a lot of anti-selection problems.

I also checked around and found an article on blogger insurance back in Feb. 2004 (four years ago) in the USC Annenberg Online Journalism Review by Michael Rothberg, here. He seems to be talking about conventional media perils policies long available in the conventional broadcast media and publishing industry (maybe not practicable for small bloggers). He mentions a "hammer clause" in some policies. The article notes that republishing an email received is not always automatically covered by the well-known Section 230 provision. DBA-oracle linked to this article and whimsically put in an HTML heading "Blogger insurance now required" when the title of the article says "offered", not "required," link here (note the name of the link). Both articles mention the possibility of suits from overseas ("libel tourism" discussed before) and that in some countries linking to a defamatory page is itself defamation. Law.com re-publishes an AP story (here) by James Keller which does indicate that small bloggers should use some common sense in determining if they have any real risk.

Electronic Frontier Foundation, in its "Legal Guide for Bloggers" mentions blogger insurance but suggests a minimum annual premium of $2500. It suggests that there might have to be third party review and pre-emptive takedowns. It mentions the Online Journalism Review article from 2004, in a paragraph located here. EFF also suggests that umbrella policies offered by property companies would generally exclude blogs with advertising, which are obviously very common.

I've never seen any discussion of insuring social networking profiles. Nor have I seen any of Wikipedia or conpendium content, which seems to be published anonymously, although it may be possible to discover the identity of a poster. These sound like theoretical questions now, but the implications down the road could be serious.

Robert Cox has a New York Daily News post dated Oct. 8, 2008, "Bloggers must learn a new world order to win fans, respect," link here. Maybe "new world order" is a bit strident, but he's right in that blogs intended to be provocative and instantly searchable could become targets. I think his article argues for the need for tort reform (to stop the "chilling effects" and "turf protection") as well as more formal education for bloggers. Look at the comments here, too.

Possibly the media perils insurance business could come up with sampling and statistical methods, related to a blogger's volume of output, to determine how much material it needs to look at to determine what the blogger actually does and the level of risk. This could work in a way somewhat resembling credit scoring some day.
Posted by Bill Boushka at 2:02 PM

The course on media law is free. We felt so strongly that every blogger take this course that we de-coupled in from paying to be an MBA member. We hope bloggers will choose to join the MBA (that costs $25 a year) but we did not want to let the question of whether or not to join stand in the way of bloggers getting an education in the basics of media law.

Likewise, the insurance program is available to MBA members but not required of MBA members.

You have been right to have seen this issue coming; bloggers are routinely getting legal threats related to their blogging activities; ignorance is not a defense and will not make threats go away. Any blogger can get a legal threat or lawsuit so knowing the basics of media law is imperative.