John McCain: "I wasn't my own man any more. I was my country's". 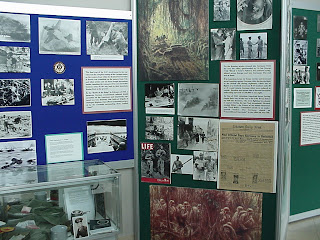 Toward the end of his acceptance speech Thursday night, Republican presidential nominee John McCain recapitulated in emotional fashion his experience as a prisoner of war in Vietnam. He say he had been very cocky and sure of himself, that he was the master of his own fate. He refers to his previous “selfish independence.” Then he had the humbling experience of having to be fed by fellow captives in his POW camp, with his limbs broken and improperly set. “They saved my life,” he said. Then he went on:
“"No man can stand alone" he said. "I wasn't my own man any more. I was my country's".

But as far back as 2001, he had said that to him it was morally vital for a person to find a cause greater than himself. And shortly after his inauguration, but before 9/11, President Bush had told an Ohio State commencement, ““A person without responsibility for others is a person who is truly alone.” I remember that it had sounded strangely out of context when it was said, and an odd comment from him.

All of this gets back to our ideas about “personal autonomy” or “individual sovereignty,” the notion that an individual should be able to choose and follow his or her own course in life, without aggressive interference from others. Sarah Palin seemed supportive of such a philosophy in her own speeches with reference to individualism. Yet, look at what brought about McCain’s new “sense of self”: military service, in a war that we thought to be necessary (the “domino theory”) but that turned out, in history, to have been entered with flawed understanding and intention. The Vietnam war had been backed up by conscription, which is aggression by government against young men (perhaps as “involuntary servitude”), at least in libertarian thought. McCain, however, was an officer; he had chosen to become a leader in Vietnam. He had embraced the military’s core values of unit cohesion (which we know well from another context, to be discussed again below). So, of course his fellow captives fed him. That was their duty as military soldiers and officers. And McCain even turned down an offer by the North Vietnamese to “release” him (for propaganda purposes) to protect his other men. But he had taken an oath to do that.

We come back to that philosophical question: had McCain given up his right to be his own man? It seems do. Did he have to, because of circumstances larger than what he could personally control? Perhaps so. The irony is that he served his country’s purpose, right or wrong, when history would determine that maybe the purpose was “wrong.” What does that mean? Is loyalty to one’s family and country more important as a moral virtue and deciding what is right or wrong for oneself? Are we saying that one does not own the right to “the knowledge of good and evil”?

I’ve talked before on this blog about “sustainability” and the indignation that occurs when various persons or parties gain at the hidden “sacrifices” of others (often overseas). It isn’t hard to imagine circumstances where meeting one person’s or group’s needs come about in such a manner that others must “sacrifice” and even make major life course changes because of problems that they could not have prevented. Eldercare, and the increased media attention to the disabled or disadvantaged (particularly children) are now perceived as issues that call for attention from other individuals in ways we perhaps could not have anticipated ten or fifteen years ago in our policy debates. But, in the past, we’ve seen this sort of problem particularly with regard to military service, particularly with episodes with the draft in wars several decades ago. Earlier generations (including “The Greatest”) accepted that a major component of “public morality” has to deal with this.

The Republican Party Platform seems to be trying to veer away from imposing this moral view of the world. In fact, it wants to portray the Democrats as the party of mandatory shared sacrifice (in fact, Ross Perot had talked about that as a mantra in his bumpy 1992 run for the presidency). If seems to have committed a rude gaffe when mentioning the “incapability” of homosexuality with military service (that “old chestnut” as even Dick Cheney has called it), but a few sentences earlier it supports the all volunteer military and emphatically denies any intention to restore the draft (despite the continued existence of the Selective Service System) or even any kind of mandatory national service. Barack Obama would like to see a strong carrot for national service and says he wants to end “don’t ask don’t tell.” The Republicans may believe that they are pretending to be the “party of liberty” by saying, “What’s the big deal; no one can make you serve.” Of course, military service (or other forms of service) are an important jump start for adult careers, especially for the disadvantaged. But deeper than this, McCain’s own speech (“a cause higher than one’s self”) indicates that a certain orientation toward service (even if becomes life altering and forces one to accept dependence on others later) is an essential moral value. (What if someone substitutes McCain’s phrase “my country’s” with “my family’s” – perhaps leading to soap opera?) Ultimately, to me, McCain seems to have contradicted himself.

In the psychology of Paul Rosenfels (look here on my books blog) talked about “unbalanced personalities” and creativity. Unbalanced persons are much more insistent on choosing and following their own objectives, regardless of external or familial circumstances. They are more likely to view “jihad” (in a personal secular sense) as a deepest possible exploration on their own of what is right and what is true. For an unbalanced person, the greatest horror is to allow himself to become "dependent" on group loyalties so that others can comfortably depend on him--that seems like a fundamental challenge to the moral basis of individualism. Balanced personalities are more likely to review the practical outcomes in social situations as the most important “moral” concerns. Perhaps this sounds like situational ethics to some. But it (the “balanced personality interpretation”) also maintains that the “meaning” of speech in a practical sense may depend as much on the known (social or familial) circumstances of the speaker as on the objective correctness or even legality of content, especially when self-promoted.

The world ten to fifteen years ago seemed to be encouraging to those who want to be very independent. Sadly, it seems less so today. An "independent" soul like me would not be of much use if an external catastrophe yanked our technological world away from us. We had a close call with the Cuban Missile Crisis in 1962 (one of the most critical times in my life) and something like that can happen again. 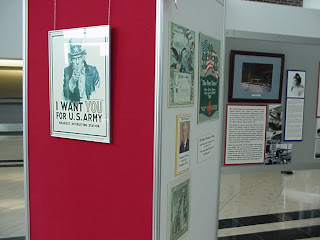