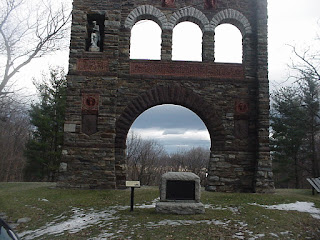 One problem with “free” Internet social networking and self-publishing services is that, particularly in our hyper-competitive culture today with its “extreme capitalism”, they tend to attract a lot of abuse, especially spam. Today, Kim Hart has an important story about Facebook on p A1 of the Sept. 4 Washington Post, “A Social Network Where You Can Be Too Social,” link here. In recent times, Facebook member have suddenly had their accounts disabled sending too many identical simultaneous communications. This could take several forms: too many messages, “poking” too often, or joining too many groups. Facebook says it is sometimes erring on the side of caution because spam and illegal activity can cause serious security problems for the entire community.

In some cases, it appears that Facebook tells subscribers that they may have violated terms of service with respect to spam or harassment of copying content. Possibly Facebook is becoming more concerned because employers sometimes see not only what a person herself posts but what others post in their space or "wallpapers."

We’ve seen a similar issue with blogs on the service that this posting is on, since our host has had to deal with detecting abuse and finding that automated bots for such detection are, well, a bit like polygraph tests. They have problems with false positives and false negatives. For security reasons, companies hosting these services have to keep their exact threshold parameters for detection proprietary, so users do not know precisely what is “acceptable.” Social networking and blogging-service companies try to describe acceptable behavior (and unacceptable activity) in their “terms of service” or “acceptable use policies”. Subscribers are told what is “good faith” use (that is, composing your posts yourself the way you would write letters, giving proper attribution for links, imparting information that, however informal or humorous or ironic, is in some valid way original, almost the way a theme in an English class would be). Yet this concept is very hard for interpret across so many areas of subject matter, and in so many entertainment, business, religious or national cultures (consider China, for example). It does strike me as interesting that the subject of “ethics” in social networking or blogging content comes up just as the school year starts, and as high school and college English teachers ponder what they will assign for papers.

The general advice now with these services is to “go slow.” Consider breaking large broadcasts up into groups. Companies generally offer the ability to make formal appeals of service suspensions, but these require human intervention and have been known to take days to even weeks. Obviously, dealing with appeals presents staffing (that is, expenditure) and big-time employee training issues within these companies.

A related experience could be the termination of a few broadband customers from highspeed Internet services for excessive use, and the recent controversy (with the FCC) over ISP’s monitoring the packets of P2P networks that take advantage of BitTorrent. Perhaps all of this could come under the eventual umbrella of “network neutrality” legislation (see my separate blog on that). Most observers say that “free services” are much more vulnerable to abuse than shared ISP hosting that you pay for, but even those services must enforce their AUP’s and have to deal with abuse.

Related to all of this is the way employers have been using social networking sites, including to check up on applicants (the “reputation defense” issue). But companies have also tried to use these sites for perfectly legitimate purposes, as to announce new movies; likewise so have political campaigns. In some cases, companies in specific industries should consider using smaller, profession-specific networking and profiles management sites to avoid these problems.

I have Facebook and Myspace accounts, but have used them little. But I plan to use Facebook soon to start networking with my screenplays. I’ve joined three groups, I think. I’ve have to tread carefully.

There is an interesting post on "Get Satisfaction" by Thor Muller, "13 Reasons your Facebook account will be disabled", link here. It does provide an interesting perspective about too much "self-indulgence" which simulates spam. Muller, on point 4, says "On Facebook it is better--or at least safer--to be seen than heard." Interesting! (Sounds like the title of the movie "13 Conversations About One Thing.") The "Get Satisfaction" site has several other topics about Facebook terminations with similar personal accounts.

We say that the Internet is the “wild west” and, with all its freedom, it has to deal with its “Jesse James” type characters. We’re finding all kinds of nuanced issues with advertising, copyright, child protection, implicit content, in a background of some return in the physical world of the mandatory socialization that needs to be expected of people. Just what paradigms and businesses models will work and remain profitable in the long run, to give general users the expressive freedom they want in a sustainable fashion, seems a little bit up in the air.

The New York Times Magazine, on Sept. 7, has an article by Clive Thomson on p 42, "I'm So Digitally Close to You", called "Brave New World of Digital Intimacy", maintaining that it is useful to know a lot of people vaguely. The article (link here) starts with a discussion of Facebook's 2006 enhancement (which became controversial), which seems odd considering the trend for Facebook to yank suspicious accounts.
Posted by Bill Boushka at 7:15 AM