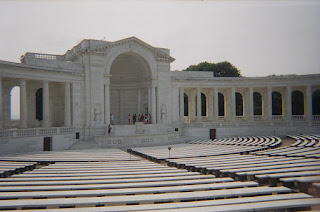 Randy Turner, an English teacher in a middle school in Joplin, MO has set up a Myspace page and encouraged students to create accounts and add him as a “friend” for communicating questions about assignments.

Of course, the practice is creating controversy, since Myspace and Facebook have come to be perceived as largely intended for “social” networking. The terminology of the word "friend", appropriate in a social context (or even a political one -- just look at the Myspace pages of candidates) may send a wrong message or connotation about the appropriate teacher-student relationship with the issues of being an adult role model and authority figure. Myspace has over 72 million users, and Facebook over 37 million. Of course, repeated major media reports from around the country about various incidents among teachers (especially from about 2005) do fuel the controversy.

Facebook was originally limited to educational institutions but has expanded to everyone over a certain age. Myspace, Facebook, and other sites have age limits that require minors under certain ages to make profiles private.

Of course, in practice, some businesses use these sites for “professional” social networking, although more professional-specific sites (or online profile management sites like Ziggs) may be more appropriate for many companies. Furthermore, adults are starting to use the sites for networking around certain kinds of activities, like screenwriting.

The CNN "Back to School" story ("Online student-teacher friendships can be tricky", by Mallory Simon) is here.

Some school districts around the country forbid teachers to have students as “friends” on social networking sites. Some states, like Missouri, are considering laws prohibiting the practice, at least below certain grades.

High school teachers sometimes place course syllabuses online, and sometimes allow them to be viewed publicly on the Web. Generally, the practice does not cause trouble, but it allows students to compare the content with similar courses around the country if they hunt for them. Professors often do so. Sometimes the URL’s are not linked so they don’t get picked up by search engines, or they could be blocked with metatags or a robots.txt file entry.

It seems logical that school districts should implement closed "blackboard" applications for teacher-student interaction online, and that schools can thereby monitor the "tone" of the online "relationships." Mr. Turner's use of a commercial social networking site would seem to reflect the lack of adequate specific computer networking applications in the school system (or the money to deploy them).

I have somewhat distantly related comment about an Indiana teacher's assigning a controversial book ("Freedom Writers") on my issues blog on June 29, link here (with a comment from the teacher).
Posted by Bill Boushka at 1:05 PM

The problem isn't that there's (necessarily) a lack of internet provisions by the local school administration. Instead, the kids already have a MySpace/Facebook page set up, and they will check it when they *won't* check the sanctioned material.

It also gives those teachers a window into the students' lives to see things that the students won't necessarily show overtly. I've seen my students post messages about cutting, drug usage, sex, and alcohol, and that knowledge then allows intervention.

I've substituted before (not doing it now). But I can't imagine wanting to look at student's social networking pages. As a matter of my responsibility as a teacher, I would feel it was none of my business to look.

You make some good points, but don't assume that most teachers who have Facebook or MySpace accounts spend their time looking at their kids' photos and whatever else they have on their pages. By letting students add me as "a friend," I am opening up an avenue for students to contact me about homework, class questions, or other school concerns. I have even had students send me assignments via MySpace. It would be nice if students automatically went through school-sanctioned websites, but unfortunately, the students who do not go to those websites, are the ones who are in danger of being left behind. I am the teacher who was interviewed by CNN and more of my reasoning can be found on my blog, The Turner Report, at this link: http://rturner229.blogspot.com/2008/08/teachers-and-myspace.html