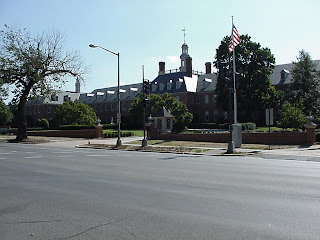 At 65, I may transition back to work at some point – I think I must – and again I just want to lay down some ground rules, at least for now. Yes, I am on social security, and until full retirement age (66.2) I would have to report any excess earnings if they happen. Right now, I am working, sorts – but I mean, a so called “real job”. And I hope that doesn’t mean a graveyard shift at the 7-11, paying my dues.

I’ll bypass the personal circumstances for the moment and admit that I might well relocate again at some point. That’s OK.

OK, my dream job would be to get money for one of my screenplays, get paid by the production company, hole up in a condo in LA, Toronto, Vancouver (that’s more likely, familiar to someone who watches Smallville) or maybe London or even Madrid and get it through shooting, working 18 hours a day, living modesty. Or perhaps even try Williamsburg. What happened there more than a couple centuries ago seeded our idea of political liberty, but I think what happened there about 50 years ago has more to do with psychological liberty, and maybe “sustainability.”

So, Matt Damon wrote on the Miramax Greenlight site about trying to enter the movies, something like “don’t do it.” The odds so long. So, seriously, I would like to work on one of the “big problems” about law, society and the Internet. Sounds pretentious. But the list of issues is long enough, and they are interconnected, viz: best practices for employers and “online reputation defense”; new due diligence procedures for consumer identity protection (hint: use NCOA); content labeling and filtering; fighting spam by charge systems; less error-prone TOS enforcement, human computation and images, more realistic page-ranking schemes, more customer-friendly advertising, fair use in blogging, news integration, and, particularly, “rationalizing” consumer home internet security (along with the "Internet driver's license" propoals).

All of this requires some “selling” on the job, but that refers to selling ideas or systems that I had a legitimate “creative” role in developing.

Another idea is to go back to the mainframe / midtier / GUI background I worked in before “retirement” at the end of 2001. I haven’t done it in seven years, but sometimes I think I could get on a plane to Minneapolis and resume the job I had as if nothing had happened. That makes a good dream.

Most of the mainframe jobs are contracts run by staffing firms, which must be starting to worry about online reputations, even if they steadfast maintain that their main concern is still being able to “do” the job. (It should be.) I’ve talked about this on the I.T. blog, but the short shrift has to be that professionals don’t want to invest their public “reputations” on older technology.

With any job like this, I would behave online in a manner agreed upon with the employer. In addition to the “reputation” issue, there are questions about continuing to be visible publicly through blogging if one is in a position to make decisions about others, or responsible for representing another entity publicly (rather than just oneself).

I made a decision to become publicly involved with the debate over “don’t ask don’t tell” and all the concentric issues that followed, in 1994 when I was 51. I would work in my regular job for seven more years, as history unfolded. Because of the public controversy, and my unusual life-experience situation with respect to the issue, I felt it was a rather irrevocable decision. I felt that I made the decision late enough in life.

I have been approached several times in the last few years about the kind of job where one has to develop a business on personal clients and referrals, in order to provide them individually with specific services or sell them specific financial products. This activity includes life insurance agent and financial planner, as well, possibly, tax preparer. I would obviously be able to take the courses, pass the tests and get licensed in these areas, and do the analytical, mathematical job on the computer. But I have a problem right now with the idea of a career based on commissions and on selling services to individuals, when I have made myself public with respect to somewhat controversial issues, and want to be able to talk about the issues --- all of them, because they connect up in these never ending round robins -- publicly, which might undermine the idea that I have a client’s own personal best interests at heart.

There’s another part to this, too. My perspective on jobs based on selling “other people’s work” (not mine) on commission to listed clients seems to require a lot of social schmoozing, which I don’t want to be party to, and even “playing family”, which for me right now is a particularly humiliating proposition. I see a lot of schmoozing in the emails. I still get emails inviting the trading of client-referral lists that seem to follow when I vetted New York Life in 2005. I see how the business must work. And, frankly, some sales-based businesses seem to depend more on the ability to manipulate people (the "Always Be Closing" mentality from the comedy film "100 Mile Rule") than the essential value or soundness of what is being sold. Even so, many people see the ability to "manipulate" others as an essential part of "worthiness."

I ran into similar concerns with substitute teaching (“authority” or social “role model” issues in some contexts) and conversion to regular teaching would require a large investment in graduate education courses at my age (I discussed this a lot toward the end of July 2007 on this blog).

I do have a conceptual ethical concern. I do want to land in a media-related or Internet-related area where I would be “listened to” and there is indeed a “privilege of being listened to.” Our culture has not quite come to grips with this yet, but it may have a lot to do with proving yourself as a person (apart from your “work” or “ideas”) in being able to “take care of other people” even if you didn’t have your own children. That reverses a modern mental health paradigm, popular with individualism since the late 70s, that encourages defining oneself first before making commitments. Society, it seems, cannot afford to let adults stay in perpetual adolescence. Perhaps it will no longer be willing to. This is a sea change again, to be sure. So my plans do come across as a kind of chess gambit, maybe like the Benko. I’ve already played some cards, pushed some pawns pretty far.

One thing about a lot of these sales jobs and “people manipulation” jobs. I think there are people whose idea of “non-discrimination” is to see me pretend to play the “family man” role in front of clients or students. That makes them feel better about themselves, pretend to be politically correct, and let them say, “see, we told you so.” I want no part of such “affirmative action.”

A "Second Career" is not synonymous with "Second Life."
Posted by Bill Boushka at 7:50 PM