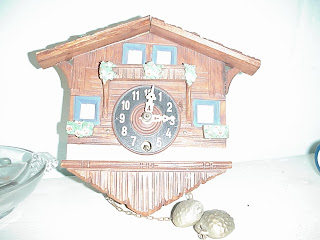 If I were to state in detail my circumstances right now, I could predict what most people (particularly professionals) would recommend. I can anticipate how they will react. But their gut attitudes won’t match those articulated by candidates regarding major issues. Maybe Barack Obama was clever in paying heed Saturday night to Rick Warren’s “It isn’t about me”. Yes, there are things that affect our lives that are bigger than we are. It isn’t always your right to carve out your own meaning in life from the perspective of a narrow liberty interest. Justice is bigger than man is. I know the tenets of faith.

Nevertheless, I still like to reduce moral debates, in so far as they affect me and any one individual, down to a “lowest common denominator” in that “Algebra I” sense. That common factor seems to be this: we often benefit from sacrifices that others made and we often can’t see or perceive those involuntary “burnt offerings” at all. The “moral” issues of my coming-of-age time seemed to revolve around that point. For a time, the issue of the Vietnam era draft and the “unfairness” of deferments seem to filter down to the ultimate question of individual deservedness. Young men were expected to become competent in defending women and children, even before they married. “Group morality” was somehow different. We studied it in history, and the idea that it could matter individually started to sink in a bit when we studied slavery, and then segregation, and had to ponder how some of us had benefited from the earlier sacrifices of others. But, even during the Civil Rights movement of the 60s, we tended to regard these questions as matters to be resolved by collective action, not “personal responsibility.” When I was a young man and starting out on my own in the world world in the late 60s and early 70s, the radical Left was very vocal about this notion of “fairness.”

We see this concern today in several areas, particularly the growing debate over whether quasi-mandatory national service should be expected, or even the draft should be reinstated (and then, what happens with “don’t ask don’t tell”). We also see it in the discussions of the environment, energy tipping points, global warming, and sustainability as now an issue of personal ethics. The Beijing Olympics reminds us that “sustainability” has come up before: a few decades ago, the Chinese tried to address “sustainability” with the horrific “cultural revolution” and then with the one-child-per-family policy.

Another place we see it is in the debate over “family values.” The issue of “gay marriage” has stumbled along, and made us ponder the idea that intergenerational responsibilities need to be shared personally, and also the idea that we used to depend on certain inflexible social structures (marriage and its whole cultural paradigm) to provide the emotional infrastructure that makes intergenerational responsibility possible. Radical individualism has taken the idea of “personal responsibility” to its logical conclusions, and reached something like a quantum or Heisenberg paradox. Think of a family that has one gifted teen or adult child, and another child who is disabled. (I can name some specific examples, even among celebrities, but I won’t here; I’ve covered them elsewhere in the blogs.) The gifted child can be the most responsible person possible as an individual, but he (or she) still owes his existence or “success” to the fact that his parents took a risk that entailed bearing the disabled child (who cannot follow the demands of “personal responsibility” in the modern individualistic sense) as well. Family responsibility, then, entails collective risks and responsibilities that all must share, according to that ethical thinking. Some of the responsibility may be financial, but a lot of it seems to involve maintaining emotional cohesion within extended families. This expected or almost mandatory motivational and emotional "loyalty to blood" tends to protect the more "dependent" or less "competitive" family members (even as adults) according to ability, and socializes life within the family unit, but definitely not outside of it. Many conventionally married parents with children perceive that they need to count on this filial loyalty to justify the personal (and heavily socially supported) commitments they have made to their marriages. Curiously, even conservatives don’t seem to want to say this too loudly. Carried to extreme, this idea leads unwanted behavior one sees in soap operas, and in other cultures that take patriarchal family values to their limit (radical Islam).

At a practical level, there is considerable cultural conflict between those who have children (or other family responsibilities, "chosen" or not) and those who don't. Some of the conflict increases with "globalization." People with fewer "responsibilities" can "lowball" those with more when competing in the workplace, fueling the debates on unions, offshoring, and the like. On the other hand, sometimes single people do more work than people with the families for the same pay (often when "on call" or in a pinch), and the people with families are unaware of the fact that the personal lives of other coworkers were disrupted. The "unseen sacrifice" can go in either direction. Elinor Burkett had taken up this problem with her 2000 book "The Baby Boon: How Family-Friendly America Cheats the Childless."

I’ve noted before, a system that maximizes individual liberty, in the libertarian sense, involves allowing some unknowable risks (the kind that insurance companies can’t make actuarial predictions for), and these can become disconcerting. Authoritarian cultures (China today still somewhat fits this description) can take care of people within the family or community unit with reasonable stability or even “sustainability”, but must deal with large group injustices, whatever their ideology.

We’ve seen the unpredictable and sometimes tragic results that build up over time when some new freedom is exercised by individuals in large numbers. We know how demographics and behavior combined to produce the AIDS epidemic in the 1980s, but in this country we have learned to manage and live with it, by and large. In a completely different area, we see how the freedom of self-expression and particularly self-promotion on the Internet has created novel issues, and sometimes innocent or unwilling “victims” that our legal system has not figured out how to deal with cleanly yet. A third issue that ultimately is related will be eldercare, and medical technology is offering both opportunity and serious and perhaps unwelcome challenges. The way medicine is practiced, the elderly can live much longer, but often in a frail and dependent condition (with a ten-fold increase in Alzeheimer's Disease in the past fifteen years); there are fewer children to care for them, and institutional resources, which nursing homes and the long term care insurance industry are trying to address, may not be sufficient. People who have never had children and constructed productive “different” lives according to their own value systems may learn that they are more tethered to the hidden responsibilities for others than they could ever have imagined.
Posted by Bill Boushka at 8:01 AM