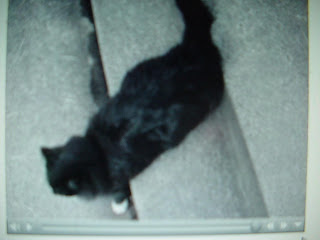 Recently, I have gone through a number of my blogs, and reviewed older comments, made before I started monitoring and moderating them (which I found I needed to do last spring after some abuses). I found a few that appeared spammy or that had potentially harmful links, and deleted them. In a few cases, I found the same comment repeated, on the same or other blogs, and deleted all but one.

I took this action partly because of the increased attention in the community to “spam in blogs” and in blog comments.

I noticed that in one case, Blogger had deleted a comment because it had a potentially harmful link that I had missed (probably a malware download). But I found this only once.

I’ve also noticed that I do not get as many “spammy” comments to reject as I used to. Some of them now seem to be getting trapped by robots before I get them. I did not put the captcha requirement into my profiles. But still, the volume of inappropriate comments received is down. I am grateful for that. This also seems true of my wordpress blog (about law and technology) where the ISP is Verio. The number of comments that need to be rejected is down there, too.

I accept any comment that is on-subject and that stays within the normal parameters of “terms of service” content acceptability. I don’t reject a comment because it disagrees with what I said, or even if it criticizes me or my work. I do reject comments with links to “adult” sites (I found one with a hidden such link), or to any site offering malware. Usually I reject comments with links to “SiteAdvisor” red or yellow sites. Theoretically, I could run a legal risk if (even just to identify what an unfamiliar linked site is) I link to a mislabeled URL that actually causes certain kinds of illegal content to download on my machine (before SiteAdvisor knows enough to intercept it). It’s OK to link to a commercial site (promoting a product or service) if there is some credible relationship between the link and the content of the blog. I prefer that a comment not make repeated deep links within the same site unless really necessary to argue a point. I found at least one comment that made repeated links but had been bloated by phony text to be made to look legitimate. (I can't allow links to sites that directly offer porn, hentai, etc.; it is OK to sites that talk about these as "subject matter".)

Also, I need to dot my legal "I's" here and state that I can't "warranty" the "safety" or legality of any content in a comment from a third party even if I looked at it. (Some lawyers would say it's better not to screen at all!) The applicable law is Section 230 of the 1996 Telecommunications Act (the "good part" of the Communications Decency Act, much of which was struck down in 1997). It states, in part, that "No provider or user of an interactive computer service shall be treated as the publisher or speaker of any information provided by another information content provider." Electronic Frontier Foundation (EFF) has a reference here.

A blog is a bit like a miniature China, a “dictatorship”, or an autocracy. The owner dictates what goes on there. It’s just that everybody gets to be the lord of his own jungle, like the “Iams” cat.

Picture: An Uptown neighborhood “beast” from my days in Minneapolis.
Posted by Bill Boushka at 7:45 AM