Must journalists avoid talking about their personal lives? 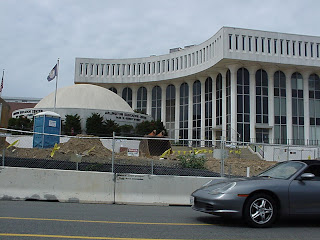 Should professional journalists keep their personal business out of their reporting, and refuse to disclose it?

That impression certainly exists in the major media, where there is an understanding that bringing personal life experiences into reporting would undermine the objectivity of the news.

This expectation is strongest with respect to personal relationships. Generally, consensual adult relationships are not thought as having public significance. For example, CNN 360 host Anderson Cooper has said “The whole thing about being a reporter is that you're supposed to be an observer and to be able to adapt with any group you’re in,” and so he never talks about his personal life/ (Source: the Wikipedia article.) This idea generally would apply even to marital matters and children. But sometimes the “rules” are changed and programs are aired giving the personal histories of reporters. ABC aired a major special about Barbara Walters recently.

Of course, a journalist’s professional history can be interesting and relevant to his or her reporting today, and sometimes that history can mesh with family matters.

But what could me more interesting is if the person did have a traumatic event earlier in life, and if that event or sequence really does relate to social and political issues today, even if the events occurred many years or even decades ago.

I have been getting into “blogger journalism” and I may indeed want to try “real” journalism. I’ve covered a number of the “reputation” issues on recent posts (including CNN’s policy regarding employees’ speaking for themselves on issues). In my case, events that happened in the 1960s, particularly, are relevant to today’s debates on a number of issues, particularly “gay rights” and especially “don’t ask don’t tell”, and in another sense, to issues like national service and the possibility that conscription could resume.

I made a related post today on my GLBT blog, here.
Posted by Bill Boushka at 1:14 PM