Journalism is still the occupation for digging for the truth 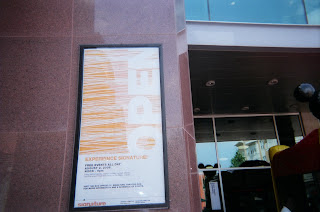 If you want to have the ability to delve into issues and get to the bottom of them, and get paid for it -- then journalism sounds like the right place to be, although you also have to be in the right spot in the journalism field. After all, Clark Kent supposedly becomes a journalist.

As I’ve noted, many fields require that a professional represent the interests of a client with professional services, and not question the “morality” of legislated policy in public forums. Many other fields are very sensitive to the “public reputation” of the people in positions of authority or decision making.

There are really two areas of concern: one is that questioning a policy itself might, in some kinds of professional situations, undermine the credibility of a professional to serve a client in a frankly adversarial matter. The second is that the portrayal of personal information might affect someone’s online reputation. The two concerns are interrelated but not synonymous. The first concern was what I wrote about on my other websites several times between 2000 and 2005, and much of this concern comes about because of the way search engines work. The second concern has attracted more attention from the media, particularly with respect to social networking sites, which didn’t become visible until about 2004.

Then, there is the issue of “gonzo journalism” (as in a recent hit indie film about Hunter S. Thompson) where a commentator mixes his or her own personal experiences with reporting of new facts coming from standard journalistic reporting. The gonzo element makes a piece more original and adds value from an intellectual property perspective. Recently, there have been concerns from the Associated Press and perhaps other sources about the way bloggers report their material, and merely closely paraphrasing the facts of a news story might not be completely fair use without adding more value somehow. On the other hand, putting “personal stuff” on the web can come across, in some employment (or particularly military) situations, as unprofessional behavior.

As I noted, public school teachers are supposed to be protected by the First Amendment as long as they don’t cause a disruption to the school environment. But now an element of potential “disruption” in the view of most school boards is likely to be the teacher’s
“online reputation” as part of his or her general reputation, which affects the credibility to operate as an authority figure and particularly a “role model” in the schools. This expectation may indeed extend to substitute teachers, who may be paid much less and work much less steadily. Even the Electronic Frontier Foundation now hints at conceding this in its guide for bloggers. Self-defamation, even when done with “irony” or as a “thought experiment” may well not be legally acceptable, because it may be seen as a form of defamation, as “enticement” or as disrupting the school environment because it undermines reputation. Some of this still sounds like a very gray area (like “implicit content”), potentially varying among states, and possibly affected by other issues like “fiction resembling life” where in California there is some important legal precedent.
Posted by Bill Boushka at 1:50 PM