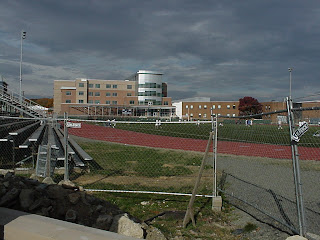 I have a “Letter to the Editor” in The Washington Times today, Friday, August 22, 2008 at this URL. The newspaper inserted a “theme” photograph of the new Teachers’ lounge at Wakefield Highs School in South Arlington, in the online version. In print, the letter appears on p A26. The letter refers to an Aug. 19 Washington Times editorial, "Don't Know Much About Math", here.

I subbed at Wakefield at times. Actually, the last assignment I ever took in Arlington occurred in early October 2005. The assignment included some sections with some severely disadvantaged students economically, and there were some serious discipline problems requiring intervention by security. Within a certain subpopulation of students, “someone like me” simply was not respected or even tolerated as even a temporary “authority figure”. In the minds of such students, I just hadn’t “paid my dues” as a man. I will say that in high schools, such experiences were unusual. I had over 220 assignments in about four semesters of subbing (including many others at Wakefield) and most of them went very well.

Arlington has three high schools: Yorktown, Washington-Lee, and Wakefield. The most affluent area is north Arlington around Yorktown. I graduated from Washington-Lee myself in 1961. W-L has a new building, of which it is very proud; but it did not get completed until I had stopped. Arlington adult education also takes place at W-L. I’ve taken a screenwriting class there. Wakefield is getting a temporary makeover but due for a new building. Wakefield has the largest percentage of economically challenged students due to the demographics of Arlington County populations.

I actually had gotten bounced from two Arlington middle schools for “poor classroom management” – an inability to maintain discipline, but in both cases it was a few students who created the problems.

The Washington Times letter, as I originally wrote it, had said “small but significant minority” of students. The paper was concerned that the word “minority” could be construed as specifically related to race. But in the Wakefield incident, I actually believe that race was an issue in the minds of the specific misbehaving students needing big-time discipline. In practice (and at some risk of falling for stereotypes), I have to admit that the most effective authority figure for a disadvantaged African American teenager is often a young adult African American male with some “bearing” (and skill in sports), not an older or elderly and timid-appearing white male. In other places, much has been written, such as this paper citing schools in Florida, about recruiting young African American men to become teachers, link here.

I had written about the discipline problems on this blog July 25, 2007 (not 2008), “Substitute Teaching Redux I”. In the two middle school incidents, it was student age and immaturity, not race or minority status particularly, that became a serious matter with a few students. I also wrote about teacher speech on the Internet – in my own personal experience – on that blog two days later, July 27. The major media may soon be covering this controversy in more detail.

I came of age during the period following “Brown v. Board of Education” (1954), and school integration did occur “with all deliberate speed” indeed. In the 1960s, forced bussing was a serious social controversy, and resisted by most parents. I found a 1978 Time Magazine article on the topic here. My Movies Blog (check the profile) has reviews of documentary films that deal with this issue (race and public education) June 23, 2008 and July 7, 2008.

I've written about substitute teaching problems in my issues blog, too, as in December 2006, here.

Picture (above): The "new" Washington-Lee High School, Arlington VA. When I attended, a three-story brick building was there; my homeroom was in room 307 on the third floor; many of my classes were on the first floor with a view of the athletic field, where the "Generals" played and won a famous Thanksgiving Day football game 3-0 in 1960. 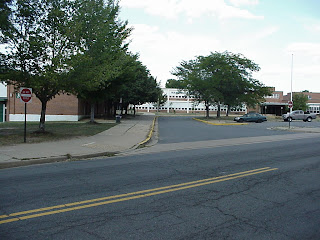 Labels: my history as a substitute teacher, newspaper submissions, teachers: performance and reputation