High school English: what should students learn from literature assignments? We need the classics after all! 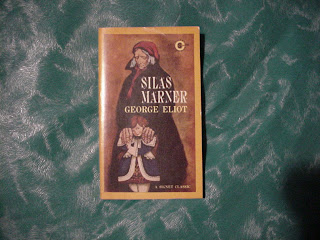 I remember the first day of class in sophomore English, in a stuffy third-floor classroom filled with musty books of the classics, right after lunch, back in 1958. This is the world of the “good books,” the classics. A former college football start, Mr. Davis, still in his 20s, taught it, and gave the course quite a bit of intellectual rigor, all the way to the final exam where we had to psychoanalyze Mark Antony from Julius Caesar. I must add, here, a bit of fact: in my day, senior high school started in tenth grade; ninth grade had been “junior high school” (before middle school came into use), and in “junior high,” English and social studies (humanities) had been linked as “general education,” an interim step between the one-teacher model of grade school and the campus atmosphere (supposedly) of high school.

The routine in those days was to alternate grammar and literature, in three or four week segments. Grammar was basically like algebra, structured, following a pattern. (By the way, taking a foreign language – in my case, French – made English grammar a lot easier to get as a side benefit.) Our first literature unit was to read Shakespeare’s Julius Caesar. Later in the year we would read George Eliot’s (Mary Ann Evans) Silas Marner (New American Library, 1960: It starts with “In the days when the spinning wheels hummed busily…”). Later we would read various poems and short stories. He liked giving pop quizzes (those dreaded “reading quizzes” as English teachers call them today), and well structured tests. With the Eliot novel, the child character Eppie, and the cleansing effect of almost “mandatory” and inherited “family responsibility” for someone else’s child, after material and “sovereignty” loss, comes to mind. We had themes assigned around various paradigms: definition, character sketch, argument. One girl wrote a theme trying to “prove” that God exists. That same year, I took plane geometry and learned what a “proof” really is.

Today, August 24, the Sunday Washington Post Outlook Section publishes a perspective by private high school English teacher Nancy Schnog, “We’re Teaching Books that Don’t Stack Up” (link). Kids wonder why they have to study stuffy old and irrelevant classics (Nathaniel Hawthorne’s “The Scarlet Letter”), when there are some books, like J.D. Salinger’s “The Catcher in the Rye” that high school students relate to. She makes the point that Salinger’s classic is often taught in eighth or ninth grade, when it is juniors and seniors who relate to the character. (I remember the early line about “old guys …” and so did some buddies in my Army barracks!) In fairness, teachers really have tried to introduce much livelier books, sometimes with controversy, such as with the Indiana teacher who tried to offer “Freedom Writers” (my post). Now, many teachers assign Zora Hurston’s “Their Eyes Were Watching God.” Students do like F. Scott FitzGerald’s “The Great Gatsby,” and kids like to take note of the famous passage at the end of Chapter 3 where Nick Carraway says: “Every one suspects himself of at least one of the cardinal virtues, and this is mine: I am one of the few honest people that I have ever known.” The character Nick Fallon (Blake Berris) from “Days of our Lives” seems based on this original Nick.

Now, most high school kids are rushing to finish their summer reading assignments. Schnog writes about an email dialogue with a former high school student who doesn’t see the point of studying classical fiction when there are real problems to be solved. Science fiction comes up in the dialogue. Indeed, science fiction, as the boy would point out, allows one to imagine other moral and social systems and how they would play out. (I think Clive Barker’s “Chinese puzzle” fantasy “Imajica,” however “perverse,” would make great summer reading for an AP class because of the intractable moral, religious and political problems it poses.)

The biggest reason that English departments assign “classics” (which include non-fiction, actually, like many of Shakespeare’s and other classical plays) is to teach context. By taking four years on English, students learn an absolutely indispensable skill for the adult world of work and interaction in almost any area: interpreting media materials within the context of the social problems that the materials address. One learns the historical, technological, political, and social circumstances in both Elizabethan England and ancient Rome in order to understand that the Cobbler talks about at Julius Caesar opens. By studying literature of many different periods and cultures, one learns what context means in relation to our own issues. One of the biggest practical problems for parents who must monitor their kids’ media and Internet exposure is that minors do not always get the context with respect to which some materials were intended to be interpreted. It’s not hard to see that the whole sequence with the character Eppie in Silas Marner has some meaning in our moral debate about moral values (and “family values”) today.

One other observation about those reading quizzes. I saw a lot of them as a substitute teacher. Since I am working on a novel manuscript of my own, seeing a lot of these quizzes helps me craft my own work. I can ask myself the question, “if my novel were taught in an English class 50 years from now, what reading questions would an English teach as about this chapter?” I can usually guess, based on what I’ve seen (William Golding’s favorite “The Lord of the Flies” makes a comparison). I can tell if the plot and characters are hanging together. The same goes for screenwriting, when writers get together and review sequences of pages, or arrange table readings. The point is to follow the point of each scene and each interaction, keeping in mind the “three part structure” expected by the movie industry.

I have to say I'm an avid Days watcher and a huge Nick/Blake fan, so I've never compared Fallon to Carraway but you're so right!

Remember that in Days, Nick violates his own code of honor to protect Chelsea and gets fired from the lab, but recovers his honor as a teacher and in the episodes involving Max's touching up his work. Also very curious was the sequence where Nick winds up raising two children for a while. (I could speculate as to what generated the idea for that series of events later; I've talked about Days on my TV blog.)