From encyclopedias, to news stories, to "gonzo journalism" 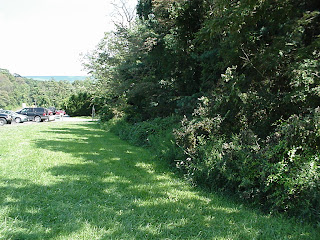 As I explained on my GLBT blog, I updated Wikipedia for the first time today, making a small note about another 1993 government study before “don’t ask don’t tell” was passed. I was quite impressed by the existing entry, and particularly by how much social controversy can be conveyed in stating relatively objective and verifiable facts.

In an encyclopedia, a writer does not speculate or offer opinions or interpretations; he or she simply organizes and writes out the known information. Arguments previously made by others about an issue may, however, be organized and enumerated as long as they are properly cited. A well written article would contrast opposing viewpoints in close proximity so that the deeper problems may be understood.

The same observation generally applies to newspaper articles, when they cover events of enough scope as to require some review of the subject matter. Typically, a news story about a Supreme Court opinion may be like that, forcing the reporter to review the historical facts about the issue. Even more interesting will be a news story about oral arguments, because the reporter will list arguments made at the event (and the Justices’ questions) that tend to suggest what kind of outcome may occur.

In a commentary, a writer could then propose his or her own conclusions and possible recommendations, based on articulated facts. That’s how we are taught to write term papers in high school and college. The conclusion is supposedly justified by what has been found, not by the personal opinions of the author. However, at the end, there may occur the “gonzo journalism” element. Personal life experiences of the writer, particularly if unusual or traumatic, may influence his or her conclusions. We move out of the area of accepted professional journalism (or even neutral “open source”) into “creative” writing or expression where the writer attempts to change the perspective on a problem from that point forward. His or her right to do so is part of our tradition of free speech. What seems controversial is how much responsibility should be taken for the results of the speech. But it is personal history that does give standing, after all – eventually to deal with “everything.”
Posted by Bill Boushka at 6:07 PM