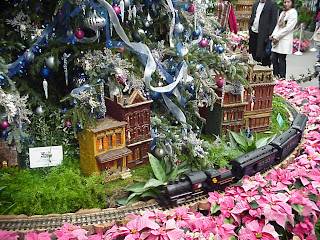 Remember how “it” used to go with political organizations? They followed something called “parliamentary procedure” or “Roberts Rules of Order.” There were formal rules as to speaking for and against motions. The aim of the organization was nearly always adversarial, to advance the political well-being of some group of persons. Furthermore, the speaker was generally expected to have some kind of “standing” with respect to the issue.

“Standing” is a really important concept in the law when it comes to litigation, especially trying to overturn laws as unconstitutional. A party must be impacted in some demonstrable way by the offending legislation or policy.

In speech, the same idea used to work in a less formal way, certainly in the way formal motions were introduced and processed. The sum of all of this processing was bureaucracy, influence peddling, pork, and cowtowing to special interests, and oversimplitication of issues. Constituents tend to see the world in a restricted view, related only to their own immediate familial interests in straightforward fashion.

Then, as we know, came the Internet (without invention by Al Gore). Close in behind followed the search engines, blogger software and social networking sites, and other Web 2.0 and 3.0 gizmos. Anyone could write about anything and publish instantly. Search engines became amazingly efficient. There was the opportunity for a previously unknown person to amalgamate ideas or arguments in novel ways, to present new world-views, and sell them. This activity would have been very much “out of order” in the old world.

This opportunity has an effect on a debate. Any speaker can play “devil’s advocate” when articulating for himself, and hold up the established lobbyists and organizations accountable for oversimplifying positions to please specific constituents. The material stays out there, and if the speaker, however meager his funding, builds a significant online reputation, he can have a significant impact on the debate as “a team of one.” It sounds self-indulgent. But it works.

Perhaps some will think I overstate things, but I do think I’ve been effective in keeping people honest on a number of issues, ranging from the military gay ban to filial responsibility, to what “family values” really means, and to some of the subtle problems emerging with free speech and Internet law (COPA is only the beginning). Yes, in my ten years online, I’ve seen COPA go down, the Lawrence v. Texas opinion, and the real possibility of repealing “don’t ask don’t tell.”

Sometimes static websites, sometimes based on books available online, are more effective in presenting total world views than blogs. That was my approach until about 2006. But because blogging software now offers categorization and various ancillary facilities, and because Blogger has a “next blog” feature that essentially can make anyone’s blog entry a “breaking news” headline, Blogging can add to the body of integrated knowledge with “newness” most effectively. (That’s another reason why splogs complicate life so much.) Wordpress is carrying this capability further, perhaps, with its database features.

Today (Aug. 14), on p A4 of the Washington Times, Matthew Sheffield, in his Analysis/Opinion Poll-Tech column (not yet online) wrote about “How traditional media lose audience to the Web.” Sheffield writes that the media establishment is partial to the liberals, and makes arguments relating to the way the media broke stories about Sen. John Edwards relative to the earlier “scandal” of Sen. Larry Craig. Sheffield makes it sound like the typical case of partisanship, influence, etc. Perhaps he’s right. I makes me grimace, when I think about CNN’s (and probably other news organizations) muzzling of employees speaking for themselves, as I wrote on this blog recently. But the bigger problem is simply that major media news tends to be bullet-point and disjointed. True, there are news programs, like ABC’s 20-20 and CNN’s 360 (Anderson Cooper) that make a genuine effort to connect things. But individual bloggers are much more likely to “prune” the news to make original connections that actually can influence how the public perceives the developing issues.

Most of the blogosphere may seem to be one-subject oriented, to be sure. Today, the Business Section of The New York Times had a report (by Claire Cain Miller) on how well advertisers like “mommy blogs”, especially “irreverent” ones like Heather Armstrong’s “dooce.com” (link). But blogging setups that seem to cover a wide range of topics can be arranged to convey a more unified point of view to those who will follow a range of material as the blogger presents it.

What, then, is the source of discomfort with this? The “wild west” atmosphere of levels of the Net can become a victim of its own “generosity.” When you offer something for free, you attract bad actors who can endanger the activities of all participants. It can be difficult to filter them out without catching “the innocent.” Various solutions can be proposed, including charging for part or all of the services that we now take use freely. Other solutions could include screening those who will participate, and raising the barrier to entry. Or a service could actually require proven benchmark financial results for a speaker to remain active, but that idea could also "backfire."

In the commercial world, and particularly the world before the Web, money was the common denominator by which one measured “eligibility” for things. Call it the Trump Effect. In the Web world and the “Second Life” of cyberspace, fame and recognition can become as valuable to the speaker as the bottom line. But the problem can be serious if the speaker must show “accomplishments” in monetarily quantifiable terms.

That takes us back to the social understanding of speech that used to live before the Internet. Speech was generally appreciated from those who have “standing” and responsibility for something or for other people (family members) affected by the issue. After all, that is what encouraged the Balkanization of issues and partisanship and ideas of solidarity, but which seemed part of the moral expectations we demanded of people as social beings. Could people be pre-screened according to such expectations? I suppose web services could set themselves up this way (Christian sites) but I don’t know how much traction they would get. In the radical Islamic world, however, this mentality obvious can lead to the abuses that have become familiar.

There are various ways, perhaps largely theoretical so far, that global speakers can put themselves (and perhaps other family members or persons connected somehow) at risk. ISP’s and publishing services require indemnification clauses as part of any TOS arrangement. Although to date individual users have very rarely been pursued for judgments (just extreme cases) and the legal climate generally limits downstream liability for service providers, there are cases in progress (like Viacom and YouTube) that could eventually undermine this arrangement, and there are technical developments that could undermine advertising models (by making it too easy for web surfers to suppress them). There can be practical concerns that "uncommitted" speakers could attract nuisance behavior when they address emotionally controversial topics without obviously clean self-interest or purpose, thereby risky murky legal problems (like enticement) or security issues for others. (I would add, that without "controversy" about -- say radical Islam or whatever else -- there would be no point for me to speak publicly, because then I would just become "partisan.") Then the business model that allows speakers “free entry” or low cost entry might no longer be practical, and the practical legal risks of liability could grow. I recall an extended conversation about this (potential downstream liability situations) with an AOL consultant at the Libertarian Party booth at GLBT pride in Minneapolis as far back as 2000.

The legal risks for speakers and service providers could grow if economic concerns were to make major media outlets believe that their ability to earn profits and employ journalists under the usual manner of professionalism were gutted. That may seem facetious, as many news operations (like in combat areas) cannot be reported directly by “amateurs”. But over time, this “fair competition” issue could drive legal harassment of various kinds, such as the recent claims of copyright infringement by the Associated Press against some particular blogging sites seem to illustrate.

A recent (Federal Circuit) Appeals Court decision may help us keep our heading. In a complicated case involving patent and copyright both (and the “Creative Commons” concept), the court ruled against Kam Industries, which deals with model railroading software (curious considering my post Tuesday), and for software developers who demand credit and attribution even if the software they distribute is “free.” The New York Times story by John Markoff is “Ruling Is a Victory for Supporters of Free Software”, and appears in the Business section here. The case is Jacobsen v. Katzer et al, Opinion (pdf) here.
Posted by Bill Boushka at 6:53 PM