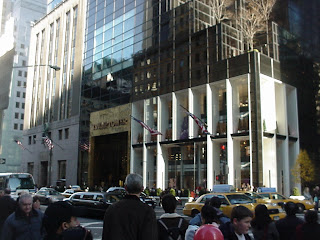 Tonight, NBC4 (at the end of the 6 o’clock news hour) ran a quick story about a “new” issue for jobseekers with social networking profiles. Employers now look at “friends” lists on Myspace, Facebook, Linkedin, etc. for more potential “references.” One employer who said he screens candidates who must handle client’s money says that this is an important part of a background check. Michael Fertik, founder of “Reputation Defender” appeared and affirmed that the “friends list” (the “company you keep”) is coming to be perceived as part of someone’s “online reputation.” “It’s a two-way street” an employer said. The days of resumes and prefabricated “reference” lists are over. And yup, technology that allows instant fame, perhaps with effort but without "competing" in a normal bureaucratic manner (or taking on "family responsibility") can invite the quick snap judgments of others.

Of course, there are many lines of work based on the idea of building referrals or leads and bringing in business as individual clients. It makes sense that an employer would regard online social networking as relevant for such jobs. And there are jobs where someone is entrusted with personal information and assets.

But there should evolve some sense of “best practices” in these situations.

It’s all too easy to imagine other uses of this sort of gumshoeing. Say a coop board in a building checks the “associations” from Facebook of an applicant to move into the building. Maybe even a landlord would do that.

Or, imagine a more typical "professional" job hire. The employer looks at the Facebook Friends lists and finds only "other" screenwriters. Nothing wrong with that, is there? But it might convey the idea that the candidate just wants to work for a while to spy on the industry and then make a movie!

Reputation management now is more than what you write or depict on the web, viewed objectively. It has to do with the motives your presence (in totality or in parts) conveys, and the company you keep, and what others say about you, it seems. The whole idea of "private life" that developed in the 70s (especially with respect ot LGBT issues) evaporates in the age of the Internet. In the 1970s, I used to think of Manhattan and the outer boroughs as separate universes. Now, to paraphrase Clive Barker, they are all "reconciled."

Imagine, how, too how ridiculous the military's 1993 "don't ask don't tell" has become in the age of the Internet. "Unit cohesion" can supposedly be affected by "reputation."

Social networking sites were not originally designed with such use in mind. I don’t think Mark Zuckerberg had any idea that the service (now Facebook) that he launched from his Harvard dorm room in 2004 would come to this.

I could not find today’s story at NBC4 but I found an earlier one (Business Week) from May 2, 2008, “do online reputation management services work?” link here with mention of an “Online Reputation Management Association.”
Posted by Bill Boushka at 8:45 PM