CNN reported to have strict blogging policy for employees, barring speaking out on public or political issues 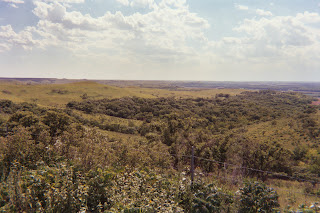 A visitor has informed me about a story where CNN has apparently implemented a blogging policy among employees that would prohibit them from talking about anything that the network would cover – all news of public significance. I don’t know if the policy is limited just to news anchors and managers, or could cover all individual contributors. It also is a little bit ambiguous whether an employee would be OK blogging on his own about the news if she did not identify herself as a CNN employee. It would certainly be a problem if the public knew that she was such an employee, or would likely to know.

The story comes from Simon Owens on his website “Bloggasm” with the specific story here. Owen introduces the nice buzzword "sockpuppetry".

“After reading — please don’t hesitate to call or email anyone at Standards and Practices if you have further questions. (See contact info below).
MOST IMPORTANT TO REMEMBER:
UNLESS GIVEN PERMISSION BY CNN MANAGEMENT, CNN EMPLOYEES ARE TO AVOID TAKING PUBLIC POSITIONS ON THE ISSUES AND PEOPLE AND ORGANIZATIONS ON WHICH WE REPORT.
The best rule of thumb is, keep in mind whether what you are doing or saying is “in public.” In most cases, what you write online is public or can be made public.”

I have personally pointed out the risks that can occur if management employees or those paid to speak for an organization take personal positions on controversial issues. A typical example of this is the “sample blogging policy” that I wrote (and broadcast as a generic "modest proposal") in early 2005. The visitor can follow the links there to a “white paper” that I wrote about back as far as March 2000. It has attracted emails and comments from time to time (at least one question in 2002 from the WSJ).

I was in a situation where I worked as an individual contributor for a life insurance company that specialized in selling life insurance to the military. In 1993, I became publicly active in resisting the military gay ban and the Clinton policy known as “don’t ask don’t tell.” Although I was only an individual contributor at the company, I felt that this was an ethical, and in some ways deeply moral conflict. But the company was bought by a larger, diverse company and I took a position with the new company without loss of seniority or benefits to avoid the conflict or appearance of conflict.

This problem also relates, at least tangentially, to the issue of “online reputation” as I have discussed numerous times on these blogs, particularly of concern to employers who wonder about the confidence of clients.
Posted by Bill Boushka at 10:56 AM