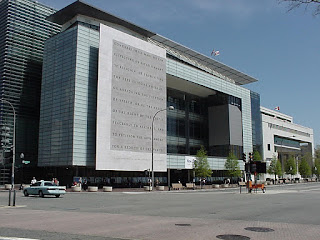 After learning about the CNN employee public speech policy yesterday and posting about it, I thought some more about the idea that I would like to become a journalist, more professionally than now, even at age 65. I’ve had experiences in the media before. Back in the mid 1970s, I worked for NBC Corporate in New York City in Rockefeller Center, but as a financial applications computer programmer analyst, as an individual contributor. I wonder if I had that job today, would a gag rule like that apply to me? I hope not, because an individual contributor doesn’t make decisions about others or represent the company publicly. That’s an extremely important concept. Yes, I hope NBC and other news employers stumbled across this posting on the Web, before I ever have an interview with them.

News organizations must maintain a “reputation” for absolute objectivity. We all know the professional expectations of the journalistic field. These requirements, not expected to the same degree from ad-hoc bloggers, include fact checking, ability to meet deadlines without making mistakes or typos (a process that former Wall Street Journal reporter (“Heard on the Street”) Foster Winans described in his 1988 book “Trading Secrets”). I remember encountering stories of other problems in this area. In the mid 1990s, a lesbian reporter for a Tacoma, Washington paper was transferred to copy-editing for her off-duty political activism as it came into public attention, and a state supreme court upheld the transfer. I remember encountering this case in researching my first book, when comparing employment discrimination in the military (“don’t ask don’t tell”) with civilian areas (ENDA proposals). But in the Internet age and in a “global village”, we all know that the personal and professional tend to comingle very quickly.

A lot of news reporting deals with telling consumers how they can deal with adversity that the current economic or political climate throws at them. That’s particularly the case in reporting about the mortgage and debt crises. News reporters also report what candidates say about the issues, and must meet certain professional standards in doing so. Generally, in reporting what those actually running for or in office say, they believe they are covering the political or moral arguments on social controversies (like “gay rights”). (That comports with the idea that if you want to express opinions you should try to run for office -- an opinion of one person who reviewed my book! Yes, I’ve had that said to me!) However, some journalists have been able to work themselves into positions where, whatever general corporate policy for most news employees, they can express their own arguments in public. Lou Dobbs (on CNN) often expresses his own strident philosophical criticisms of the behavior of the current Bush administration (he says he is a Republican) and writes books, and John Stossel on ABC has been a voice for libertarian approaches to policy. Stossel even told an audience at the American Experiment in Minneapolis (at a breakfast that I attended in 2000) that had to admit that to some extent he “bites the hand that feeds him.” Other anchors in the media, like Ellen and Oprah, can certainly use their shows to express their views (how about the female gabfest daily on ABC’s “The View”?) Newspapers typically distinguish between columnists and reporters and have structured editorial policies for the Opinion sections, yet sometimes they do publish letters and op-eds from "regular journalists" (just like they do from politicians, as from my Aug. 1 entry); I suppose these have to be vetted first.

I do think it is important to cover, for consumers, more than just how to cope with things, and more than what the candidates and “established politicians” say about issues. The news industry does not have a consistent standard, however, as to how to do this.

Other professions face similar dilemmas. If you work as a financial or tax professional (or even as a trial lawyer), clients expect you to use the existing system or laws for their benefit. They (and therefore employers) don’t want to see you questioning the “morality” of public policy, as in the law, publicly. Sometimes there could be a concern that that you would be perceived as giving professional "advice" through the website, outside of licensable work. Public school teachers are supposed to be protected by the First Amendment when they speak off-campus, but in today's connected (and "online reputation sensitive") world there are tremendous practical problems for parents, schools and administrators. But, of course, in gay issues (and “family values” -- and even issues about military or national service -- as a compulsory paradigm for sharing life’s obligations) particularly, that’s where it gets so personal, as I have explained before in my blogs, books and sites. 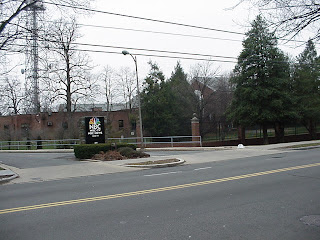