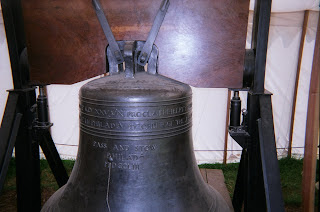 Okay, the latest (August 2008) issue of “Wired”, which has run plenty of sobering articles about Internet life (include police stings) in distant past history, boasts the ultimate guide to self-promotion. By Jason Tanz, the story is titled “Almost Famous”, as if named after the 2000 Dreamworks film from Cameron Crowe about a teenage journalist who was more stable and mature than the celebrities he covered. (The magazine cover reads "Get Internet famous even if you're nobody!") The article (starting on p 106) focuses on Julia Allison, who is some sort of super "Gossip Girl". The "Andy Warhol approach", Tanz says, is to be “famous for being famous.” So he recommends all kinds of intricate techniques involving various social networking profiles, Twitter, mobile blogging (as opposed to conventional blogging alone), and making your own life a movie for voyeuristic and vicarious consumption by others. It’s good if Blake Lively, Chace Crawford, or Penn Badgley show up on the next street corner (whether New York or even Baltimore). It helps to get a head start on life and be more “mature” than average as a pre-twenty something (although I’m bit sure that’s true of the characters in the CW show).

The story does offer some tips (“faceslamming”) on splitting your friends’ lists on Facebook (or Myspace) to that only a select few see the more intimate things – to keep your employer away with appropriate privacy settings for the most explicit material. You do want to present a different face to the world if you have to go out an sell to clients, or perhaps maintain discipline in the classroom -- so her we are back to “reputation defense” again.

The online version has a page called “Celebrity Meter” (link here), which links to the Allison story, as well as to the supplementary “How to promote yourself, boost your geek cred, be the hero, and fake it.” In print, the “geed cred” page looks like a DC Comics story board, with suggestions of some risky behaviors indeed, like broaching your employer’s firewall with P2P. I don’t think they’re serious, because Wired would certainly fire its own employees for doing that. The online story talks about the “Google Social Graph” service as a “long version” to be compared to the “short version” celebrity meter which is the older version of Internet fame based on links (actually detailed in various articles on Wikipedia). The section also talks about meeting celebrities, and I've personally found out that's not hard at all. (If I'm talking about a personal meeting, you know who you are!)

The issue has a couple of other important stories, like Yasha Levine’s “The Daily Bribe” about the bribing (and harassment) of journalists and bloggers in Russia (at a time when China is payoff off earthquake-stricken parents to be silent), on p 94. “’Real reporting existed for a few years in the 90s,’ a former Russian official says. ‘It stopped as soon as journalists started dying because of it.’” The buzz word is “pay-for-play journalism.”

Even so, "self-promotion" has sometimes been views as a pejorative. In Clive Barker's novel "Sacrament" (1997) his gay hero often uses the phrase, "self-promoting q__r" with irony.

I do wonder about the culture of “self-promotion” when it happens without regard to having responsibility for others. Given inherent "starting position" inequalities and hidden exploitations, there grows a moral notion that engagement of the outside world ought to be mediated by sharing the burdens and risks of others and experiencing accountability to someone, and that this deeper level of responsibility doesn’t necessarily wait for the “choice” of having children. A half century ago society enforced such a moral notion with enforced socialization and conformism, with some pretty horrific practices by government sometimes. There is a danger that this notion of "public morality" may come back (after seven years of Bush), and that the “free market” itself might demand it (accountability balancing self-promotion) more as the youngsters who invented the Internet age grow into middle age and take on more family responsibility themselves.
Posted by Bill Boushka at 10:14 AM