Twitter, among other sites, aims to improve "human" customer service 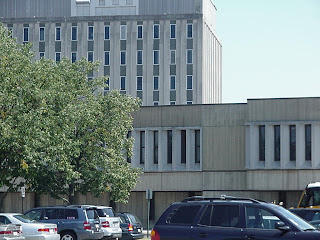 ABC World News Tonight reported today (July 22) about a website that allows “ordinary people” (to quote the name of a famous film from 1980) to improve their chances of getting a human being to talk to in customer service at telecommunications or utility companies.

The website is called Twitter, and it requires registration, and brevity in logging a complaint about the service of a company. (You know the saying: “verbosity promulgates egregious epigramization”).

ABC News has a story by Mike Von Fremd and Gina Sunseri, “Twitter Can Rescue You from Customer Service Line Waits: Companies Looking to Microblogging Site to Get Through to Frustrated Customers,” link here.
It pays to log the comment onto Twitter even while on hold. Twitter appears to be a site adapted to mobile blogging, which I have not yet tried (but probably should).

The ABC story described a woman who had phone, Internet and cable TV all from one provider, Comcast. She waited over an hour to reach a human being on the phone, and was told that she would not have an installer out to her home for two days. She went onto Twitter and logged her complaint, and heard from Comcast in a short time. ISPs and telecommunications companies are starting to troll Twitter the way many employers used to troll Myspace and Facebook to check up on job applicants. Apparently “reputation defense” works more than one way.

There are websites that offer tips on how to reach human beings at companies, such as “Gethuman.com. Another such site is "Jack Henderson". I personally find that pressing star or “0” (the zero key) often works.

When I worked in the life insurance industry as a computer programmer analyst (from 1990-2001) “customer service” was said to be the focus of our efforts. Once, we had a customer service and "Team Handbook" party and t-shirts. My last two years I supported an in-house GUI interface called “Customer Service Workbench” which was supposed to assist service center employees respond with the human touch very quickly. All kinds of other subsystems, like imaging and workflow, supported this effort.

Tech Republic offers an article by Jason Hiner on Tech Republic: "10 Tips that will Make You a Twitter Power User," on a blog here. There is some discussion of Summize and Tweetburner.
Posted by Bill Boushka at 4:15 PM