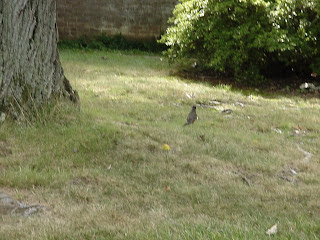 Recently, one or more Internet advertising companies and ISPs have conducted tests of targeted ad schemes based on deep inspection of a web visitors surfing “habits.” Specifically, Embarq told customers in Kansas that it would target advertisements based on “anonymous” web visit behaviors. The technique consisted of having the ISP install a particular application on the ISP or telecommunications provider’s servers. The application examines packets and information in the visitors' web visits at a deep level in network architecture. The company claims that consumers were informed and could op-out (a few actually did) and that everything was done with the telecommunication’s company’s cooperation and approval. Embarq claims that the information used to stage ad delivery did not include personal information like name, address, social security, and the like.

So, now it's time to splash some "cold water" on the marketing concept behind this news story, and recall a notion that may sound like the Internet business model's "Gull Island" (a notorious controversy in the oil industry by comparison). One thing that strikes me as interesting is, as reported previously on this blog (June 25, 2008), some entrepreneurs are inventing applications allowing individual users to block ads altogether. That raises a question from a business perspective, at least (as well as ethical and legal perspective), as to how fruitful experiments like those of Embarq would be in the long run.

There is still a pervasive concern that the “free content” model that has become commonplace on the Internet depends on visitor willingness to see advertisements and sometimes relate to them. As with broadcast television, advertising (apart from pop-ups, which have long been blocked by browsers when desired or by default) does pay for a lot of the work it takes to put the content together.

Let me reiterate a point, and warm up the bath water a bit. From my own self-interest in surfing, I don’t object to ads, even flashing or animated, if they are relevant and don’t obscure the text or force me to go through an extra page load. Some pop-ups and ActiveX control features are OK with me. Sometimes I really do want to know about the existence of some product or service related to my own life (for example, senior apartments). A company like Embarq can reasonably argue that it is helping businesses figure out what information visitors really want, from a self-interest perspective, to see, and how to make it artistically appealing. College students do major in commercial art for a reason, they can say.
Posted by Bill Boushka at 8:05 AM