Sustainability 202: The Internet, free entry, the law, and the market 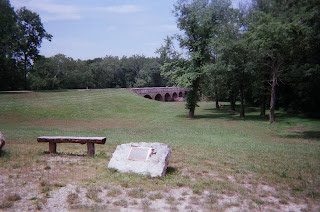 It’s gotten to be fun to say “I told you so” on the Internet, it seems. Bloggers and e-magazine writers have been playing devil’s advocate with the “sustainability” of our free entry and free speech on the Internet for a number of years now. About four years ago, I recall seeing a piece titled something like “The Coming Crackdown on Blogging” with respect to campaign finance reform. That blew over eventually, once the FEC could get its act together. Recently, there have surfaced a number of seemingly alarming concerns about future ISP downstream liability for copyright, about trademark with ad selection and placement (relative to search results) . The media has also reported, routinely now, about the alarm employers show about “online reputation” of their applicants and hires, and particularly their objection to employee "self-parody" or "irony" (even "playing devil's advocate") in public spaces easily found by stakeholders. Some issues have been partially resolved (like Grokster in 2005), but what seems to be emerging now is a philosophical problem, about the “sustainability” of the legal and economic issues associated with Internet businesses built around user-generated content.

Some observers, with some pessimism, predict a coming legal trend to favor existing corporate copyright holders in convoluted cases involving potential downstream liability for aiding infringement. There is talk, for example, that sites like YouTube could eventually be forced to review videos before publishing them, changing their model to something more like old time Hollywood or television. There seems to be some increasing concern, particularly in tougher economic times, that newbie UGC can destabilize the employment and income of industry professionals who have “paid their dues.” I personally question the practical likelihood of these fears, that amateur blogging could actually cause eventual newsroom (or motion picture studio) layoffs. But this does overlap other issues, like “free content” subsidized by advertising,

Another concern occurs more with the “reputation defense” problem. Content that might be perceived as perfectly legitimate when it comes from a commercial source (like a movie) might be seen as “enticement” when presented by an “amateur” (as with a screenplay on a website). Generally the courts have treated intellectual property in an origin-neutral way in the past, particularly in applying the First Amendment. The trend with commentary in some of the other cases (like above) suggests that this may not always be the case as social problems accumulate.

Some of the “sustainability” problems on the Net have been met by innovation, and some could be. The great cyberattack meltdown has not occurred, because as a whole the Internet security industry has stayed ahead of the risks for acceptable cost. Spam filters (and voluntary feedbacks as tried by Earthlink) are reasonably effective, but the ISP industry ought to be promoting mechanisms like Sender-ID and considering micro-postage for email. “Free” blogging services could consider, in addition to requiring that captchas be filled out, implement micro storage charges per entry to get around illegitimate posting problems. Libertarian reporter John Stossel always says we should look to the market to solve problems. The market still offers problems to Internet sustainability that have not yet been tried.

I do have a review of Andrew Keen's "The Cult of the Amateur" on the June 2007 books blog (see my Profile and navigate). 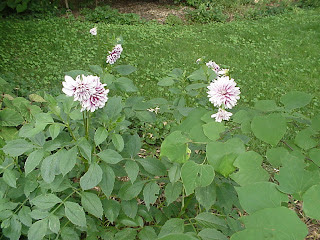 After completing this post, I saw this AP story on Yahoo! by Anick Jesdanun, about censorship by private service providers. The link is here. The story makes it clear that First Amendment protections from censorship limit what The United States, state and local governments can do, not what private corporations can do. Typically ISP's don't pre-censor material (and, as noted above, one of the concerns is that the courts could some day make them do so) but do have policies against some kinds of legal content, such as showing children smoking. They have sometimes removed objectionable material and not been able to understand "context." Typically their policies relate to protecting their "brands"; the problem is usually much more prevalent overseas (such as in China) than in the United States, because of requirements from overseas governments. Sometimes companies overreach in interpreting US laws (like the DMCA) and often personnel at companies do not know how to apply subtle policies or laws.
Posted by Bill Boushka at 3:30 PM