Prosecutors, law enforcement (and employers) continue to use Myspace and Facebook "evidence" -- with reservations 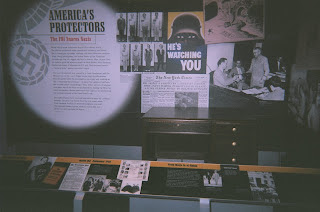 The media has reported even more stories about the ability of law enforcement, and prosecutors to use “evidence” found on social networking sites like Facebook or Myspace to develop probable cause, make arrests, gain convictions, and particularly get stiffer sentences.

Eric Tucker has a story on the AP, reproduced on Yahoo!, about pictures of a 20 year old already convicted of DUI in Rhode Island resulting in an injury, attending a Halloween party in orange prison jumpers as a costume. Someone posted the party pictures on Facebook. The pictures were shown at sentencing. The AP link is here.

Likewise, in the past prosecutors have used text posted in blogs or profiles as evidence of confessions.

Prosecutors, however, say they must be very careful about using “evidence” from social networking sites or personal blogs or sites. Derogatory comments posted by third parties usually aren’t credible as admissible evidence. There are issues for law enforcement when such comments rise to the level of threats. Self-postings may contain an element of irony or “fiction” (such as in a current divorce case in Vermont, discussed earlier, or in a situation I was involved in as a substitute teacher, discussed on this blog July 27 2007). Generally, in criminal investigations, material that appears on the Internet must be corroborated by real evidence from other means already familiar in the “real world” before it becomes admissible or forms the basis of prosecution. Sometimes there can be questions about material that is posted for an “illegal purpose” where the act of posting becomes prosecutable.

As noted again in the AP story, employers have been looking at personal site, social networking profiles and blogs to “vet” candidates. However, as noted recently, some legal experts are now criticizing the practice, saying that it amounts to the legal equivalent of asking illegal questions during an interview, and can invite lawsuits. Some human resources lawyers say that employers should not look at the personal blogs or profiles of candidates without informing them in advance and having a well-crafted personnel policy about doing so that is announced publicly. On the other hand, in reputation-sensitive jobs (the “reputation defender” problem again), employers may want the employees to have their entire online presence professionally managed.

It's also essential that all gumshoeing of web materials runs the risk of identifying the wrong person, especially when more common names are involved. It can be amazingly easy to confuse photos of actually different individuals.
Posted by Bill Boushka at 6:27 AM