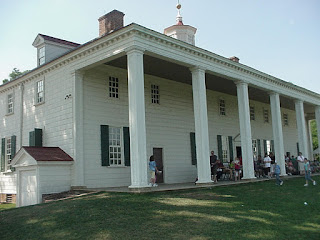 I had written about the YoutTube-Viacom case on this blog on May 28. Yesterday, U.S. District Court Judge Louis L. Stanton ruled that Viacom could have access to YouTube’s 12 terabyte logging database.

The purpose of Viacom’s request is to determine whether a significant percentage of visits involve looking at pirated videos. Viacom insists that it will not try to identify individual visitors in order to sue them (reminding one of the RIAA lawsuits against individual downloaders of copyrighted music, which happened in a P2P environment and that is technically very different).

Defendants (as long as Electronic Frontier Foundation) raised questions of privacy and perhaps identity protection. It is all to easy to track down almost anyone given the intention, even if the mass database did not immediately identify them. CNET news has a Podcast audio by Caroline McCarthy and Leslie Katz, “Should YouTube users worry about privacy?” link here.

The Washington Post story is by Ellen Nakashima, and is titled “YouTube Ordered to Release User Data: Viacom Had Sought Access to Database in Copyright Battle” link here.

I personally view YouTube moderately, and I do not look for infringing materials. I look for innovative films like amateur tornado chasers, or engineers (such as a teenager’s reverse engineering a cell phone). Infringement materials are often of poor quality. I do wonder about the legality of clips from broadcast news, and these are often important (such as clips about online “reputation defense”). One risk, from Viacon’s viewpoint, may be that a visitor will feel satisfied by viewing a particularly graphic passage from a film and then not be interested in buying a ticket or DVD. On the other hand, studios carefully engineer what visitors can see in previews and trailers that they release.

I have not yet posted any of my own videos on YouTube, preferring to use the photo directory on my own site doaskdotell.com

Some sites offer specialty films, especially shorts, for Internet viewing for free legally. Logoonline offers gay and lesbian shorts, even some films from major directors with established distributors (such as Carter Smith’s horror short ‘Bugcrush” from Strand). In these cases copyright owners have granted permission for promotional reasons. The videos, as they play on the Internet, may have less definition and

Business Week has a July 3 article by Catherine Colahan, “Viacom v. YouTube: Beyond Privacy: As Viacom is granted access to YouTube records, a bigger threat to user-generated sites emerges: The law increasingly sides with rights owners,” link here. The article predicts that web hosts could have to proactively screen out submissions that could infringe, pretty much shutting down the “free entry” into self-publication and self-promotion that we have become accustomed to. The article mentions some litigation in France (and the rest of Europe) that is not binding on US courts but that could set a psychological tone, as Ebay lost a case for listing counterfeit handbags. The article suggests that courts in the US may become less sympathetic to “newbies” as the Internet industry expires, and may not be willing to shield targets of even wrongful takedowns for people who have not yet “paid their dues.” We're seeing that concern with the recent action by the Associated Press against Drudge Retort and the reaction of media bloggers (the June 22 posting here). Colahan even sees the willingness of the Judge to allow access to user’s records as a predictive symptom of this legal trend.
Posted by Bill Boushka at 7:07 AM