Blogger journalism: Covering disturbing media comments made by others 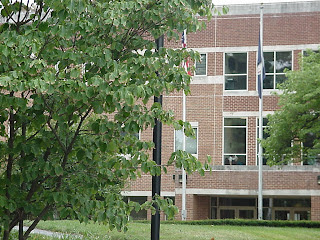 There have been some flaps in the media recently with inappropriate or offensive comments by some prominent people. That raises the a question in my mind for bloggers. I often do post comments about incidents in the media, on my issues blog or sometimes on my television reviews blog, as I did a couple nights ago about Larry King Live’s coverage of the “Michael Savage” affair.

I do try to keep my own language objective and focused on the issues. I do give links to the original sources, which may have offensive language, or which (more often) may themselves have lifted the offensive comments from the original source. Some people may feel that by doing so I am myself giving credibility to the comments, and find the practice of talking about the incidents, especially by “amateurs,” personally offensive.

There are a couple of subtleties here. One is that when a disturbing comment (about some group or some behaviors that get associated with a group) appears, there often are behind this strident remark some legitimate public concerns. There are often abuses by some people of the sympathy of others, and these abuses may hurt those whose needs for support from others (either personally within the family or community, or from government by tax funded programs) is legitimate in the mainstream view of things.

Of course, as a gay man, I experienced my share of this, particularly in the 1980s with the AIDS epidemic and the things often said by the right wing.

But, of course, these sorts of comments can affect many “groups” and involve many different kinds of practical and social justice issues. Some people get unnerved when someone not directly affected by an apparently different issue responds to comments about some other people.

But, that leads me back to “blogger journalism.” I see all liberty issues as ultimately connected, like nodes on a board game map perhaps. The resolution of one issue sets a precedent for resolving others. So, if you’re really going to do “journalism” you have to be able to cover anything. I cover television shows that deal with topics that in some way have significance in the area of personal freedom and “sovereignty”.

Another thing is that, as a matter of law, the legality of content is generally the same whether it comes from an individual blogger or social networker, or from a broadcast television network or motion picture studio. There are some exceptions having to deal with special circumstances in the workplace like access to trade secrets. But many people don’t like to hear from other individuals who don’t happen to share the same responsibilities (whether by choice or not) and hardships.
Posted by Bill Boushka at 3:59 PM