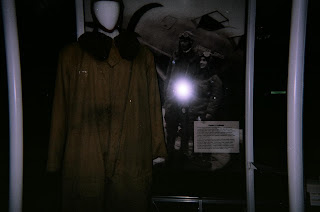 Last week I discussed professor Jean Bethke Elshtain’s book on “sovereignty” on my books blog. I was particularly struck by how she distinguished “individuals” from “people” and maintains that as a moral principle, people should “live” in order to experience social connectivity. Among other things, for many people, that obviously includes children and family. And what seems at issue is not just the presence of family and community influence, it is the personal meaning given to it in a “global” world.

I was struck by her analysis of the social and political dangers of carrying the “ideology” of “individual sovereignty” (or "self-sovereignty") to its logical conclusions, at least for making policy or even for developing ethical philosophy.

People are different in their need for social connection. Some are more internally driven by their own thoughts and ideas than others. Within the human race, we normally encounter differences that normally among animals differentiate whole species: dogs from cats, or, even, lions (which are social) from tigers (which are almost identical biologically but which are solitary). Introversion is supposed to be a good thing within limits, necessary for truth seeking and artistic creativity, but carried too far, it seems to bear a relation to autism. It seems like introversion itself can become perceived as a “moral” problem. The modern high-tech world, and especially the "self broadcast" facilitated by the Internet may actually appeal to introverts because it allows introverts to attract and then filter exactly the other "individuals" that they want to relate to. But this capability requires some political and economic stability and at least the freedom from involuntary impositions from others. Introverts may believe that if they lose their "independence" because of external circumstances beyond their control, they forfeit any individualized sense of accomplishment and purpose and feel forced to play by the rules of someone else's social hierarchy. Freedom remains a requirement to maintain personal integrity.

We’ve gotten used, in the past few decades, to moral and legal concepts based on holding people accountable for the choices they make (particularly having children). But we also know that we need to expect people to take responsibility for each other, within and outside the family, even on matters for which they cannot exercise “sovereign” choice in the normal sense. Whole social and political ideologies grow around getting people to do what others need them to do – and these build history. The Maoist “cultural revolution” of the 1960s is but one example of the results of these “isms”. The use of political force to coerce people to do what perhaps they should do (through codes of "public morality") tends to encourage totalitarianism or at least authoritarianism.

We’re going to hear a lot about volunteerism in the upcoming presidential campaign, especially from Obama. It seems like people need the receptivity and openness to do what is needed and sometimes even experience empathy in unfamiliar situations, whatever the politicians do.
Posted by Bill Boushka at 8:04 PM