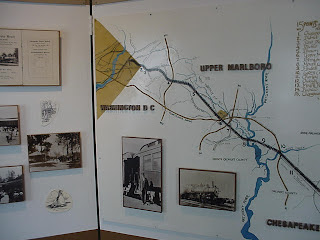 In the past three years or so, the major media have reported the growing practice of employers in checking out job applicants’ activities on social networking sites and blogs, trying to conduct clandestine “background investigations” and assess the candidate’s “reputation.”

Very recently, a few sources in the human resources industry have advised employers against this practice, arguing that doing so opens the employer up to litigation for denying employment for illegal reasons. I discussed this problem yesterday on my “IT job market” blog (please see my Profile) and gave appropriate bibliographic links.

Employers are likely to say that they are only using information voluntarily offered by the applicant or associate and deliberately placed in a public space, often accessible to quick and free indexing by search engines. Therefore, they could argue (assuming a litigation event) that they are reacting to speech that is, in some sense, already uttered “in the workplace” or easily accessible by clients and stakeholders. They are, in a sense, controlling extraneous or potentially inappropriate speech in the workplace.

This sort of concern sounds legitimate especially in some particular areas. For example, consider what happens when the provocative speech of someone who makes underwriting decisions about customers or employment decisions about subordinates, or a permanent teacher who gives students grades and who is supposed to function as a public “role model,” is found by “stakeholders.” It’s easy to imagine other potential legal risks to the employer. School districts are especially sensitive to the notion of teacher “reputation.” Or consider the possible consequences if proprietary information is leaked, however indirectly and by “suggestion,” by someone with insider knowledge that can materially affect stock price.

But I think there is an emergence or evolution of something having to do with the “meaning” of personal speech here.

Ten years ago, I perceived the Internet as mainly a tool to augment self-publication and guaranteeing that a significant number of people would get information quickly about a number of interlocked issues, such as “don’t ask don’t tell” and “family values.” There was risk inherent in instantaneous, free entry “broadcast” publication, in that less due diligence was practiced than in the past. But there was value in that the public would start “connecting the dots” more quickly and I could be party to that process, a concept that I felt proud of. During 1998 and 1999, we started to realize how effective Internet search engines would become, as well as how e-commerce sites (Amazon, etc) could keep someone’s work in the public’s eye. This is so even as there are debates today in the Wiki community about what merits “notability.” Around 1999, there would occasionally appear media stories about employees fired for stock manipulation (on their own sites) or teachers or nurses fired for appearing in Internet pornography (on their own time). By 2002 or 2003, occasionally there would be reports of people being fired for discussing their workplaces in blogs or personal sites. (Heather Armstrong’s “dooce” sites would provide a famous example. In Minneapolis, documentary filmmaker Chuck Olsen (“Blogumentary”) would warn an audience in 2003 that people were getting fired for what they said in blogs. Even so, employers tended to look at blogs as personal activity, often related to personal political or social causes and often intended as “publication” activity. They did not believe yet that this was a big issue.

This all seemed to flip with the advent of social networking sites, which seemed to take off in 2005. People were using blogs and profiles to – socialize. Well, for one thing, employers could hope to “hijack” this activity to “get business” in sales-oriented jobs. But there was a subtle change in the perception of what blogs are “for.” They are intended to get other people to do things. That may have been true before, but in a more detached, distant sense, where Internet sites (like mine) were essentially online publications and “media.”

The moral responsibility for what others do after reading or consuming someone’s authored media is a controversial topic. It’s apparently starting to become important legally (the “implicit content” problem). We have known of examples from the past, mostly associated with weapons and right-wing extremis (the novels “Hit Man” and “Turner Diaries”). But generally, novels and movies are just that – entertainment and media, not more. They’re not “real”. Yet, Paramount and Dreamworks had to deal with this problem last fall with the release of its controversial film about Islam, “The Kite Runner,” even though the novel had been well accepted.

The idea that people would interact directly with speakers and others was sold by social networking sites. But now the concept applies to other Internet media, too: videos, poems, and even the screenplay drafts that, though fiction, got me in trouble on a substitute teaching job. After all, a particular file on a website may be found with a search engine and misconstrued when the visitor doesn’t bother to look further to find out the larger context to which the item refers. The school administrator, in my case, could wonder, “why is he letting himself be perceived this way. Doesn’t he care about his ‘reputation’?” I didn’t see it as a reputation issue; I saw it as a piece of fiction, like a Stephen King story, and item that fits into a collection that makes a larger whole. To worry about “reputation” this way would invoke self-censorship and make other writings less credible.

The social climate today seems much more troubled (in 2008) than it was in 1997 when I published my first book. Ten years ago, we were talking about “fundamental rights” of privacy and self-expression, not completely realizing that the Internet would create some tension between those two personal needs. Moreover, today we note more awareness of collective dangers (post 9/11, post financial scandals, and pre-“purification”) and wonder what the personal burden that each one of us must share will be – and we don’t have confidence that the market is always “just”. It seems that, like it or not, we are expected to become more connected again and more interdependent. Responsibility for others isn’t always the result of a simple behavioral choice. That expectation can very well make what one says online a more sensitive matter than it was a decade ago.

Post script: Just as I finished this post, CNN's "Your Money" with Ali Velshi came on with a short report "Blogging and your job." Sheryl Spanier was consulted about the dangers of blogging from the office unless it is actually a job duty. There was also a recommendation not to blog even outside of work about "your industry" especially if you have detailed inside knowledge (for example, trade secrets, or the ability to affect a security price). Blogging about personal interests and hobbies is "usually OK" as long as it doesn't create a "reputation defense" problem; but that is partly what the controversy is now about.