A caution on hot links or embedded links (yes, SNL has been encouraging them) 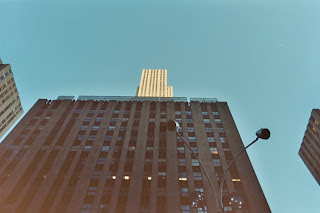 There has been a lot of anxious talk in the blogosphere recently about various kinds of crackdowns, and I thought I would reiterate what I understand about links, especially hot links and embedded links.

Sometimes, it seems, many links without explanation or commentary is taken as spam, and I may say more about that later. The other major concern about links might have to do with copyright.

On earlier postings on this blog, I’ve covered deep links, and as long as they bring up separate pages they are usually OK, it seems. Much more problematical are hot links, inline or embedded links (as with the img statement or embed parameter). These cause problems or various kinds. They may make it appear that someone else’s content (video, or photo particularly) is “yours” and not theirs. They may cause bandwidth problems for other domains. They may violate a person’s “right of publicity.”

So generally it sounds like it is not a good idea to embed a photo of video unless you have permission to do so, or actually control or own the site that the image(s) come from and can easily prove that you do.

There seem to be times, however, when original content owners do give permission. NBC’s Saturday Night Live boldly offers html code snippets to link to videos of some selections of its content in line (here) where it says “copy & embed SNL in your blog”. That obviously gives what copyright lawyers call “permission.” Furthermore, the actors shown there are (probably by having signed a contract with NBC for the show) indirectly allowing the blogger to use their “right of publicity” without additional compensation.

It’s not that Ashton Kutcher or Shia La Beouf would need the money (they don’t); it’s just a question of following the law. In fact, if you link to one of the SNL embeds, it leads you to others, including John McCain’s “advice to the Democrats.” Seriously, a couple years ago this might have been seen as a violation of McCain-Feingold (that’s ironic, McCain’s own law) until the Federal Election Commission ruled properly that it wasn’t intended to affect incidental references to politicians in “amateur” blogs. (Guess who gains exposure for the 2008 election.)

Of course, all of this raises another question about copyright law. In theory, a Paramount Indiana Jones blockbuster is equal before the law to my fake “duck and cover” video on my doaskdotell.com photo directory (look for “airraid”; there are several). Studios, as we know, vigorously prosecute attempts at piracy (even camcording a few seconds of low quality video in a theater), and record companies are particularly nasty about protecting music these days (MGM v Grokster). Then, why does NBC (which I worked for in the 1970s, by the way) turn around and invite amateurs to embed their videos for free? The importance of copyright is largely about perspective and, for public companies, fiduciary responsibility to shareholders to maintain and "protect" content assets. It is about their controlling the rights of the content that they own. Media companies will give permission for use of their material when they think they get advertising benefit that outweighs any other direct revenue. After all, they offer plenty of their own trailers on the Internet and on imdb.com.

I do have a couple of these SNL embeds in the May videos on the TV blog (look at the profile). They are funny. No, I haven’t seen Andy Samberg’s “Laser Cats” come up yet as a freebie, but that is the best of the bunch. Maybe they will hold on to that one.

Occasionally, I may embed to a domain that I own (usually doaskdotell.com as on my profile, or billboushka.com or johnwboushka.com). I do this rather sparingly, when I think the volume of traffic will be reasonable. I had a case where I was getting thousands of hits daily when someone embedded one of my images (a picture of a can of the meat “Spam” as in the movie “Sophie’s Choice”), so I removed it. That’s another thing, the content owner could pull the plug at any time, or place something objectionable in its place to make your site look bad. (I pulled the image for a while.) For reasons I’ve outlined, I welcome all conventional deep linking, but if someone wants to use an embedded link for anything I own, I do need to be asked for “permission”. It may be better to make a copy and let you load it yourself.

Pictures that I include in my sites are those I have taken myself. Sometimes I photograph old prints of mine (or screen prints of videos) and they make look fuzzier. If the pictures themselves photographed other images or artworks or people n public spaces (where photography is otherwise permitted), I use "common sense," where any objection would be totally frivolous. No, I won't take pictures to embarrass or "out" or somehow manipulate the "reputation" of any identifiable person in public (as in a disco).

I see a lot of blogs and sites that have embedded YouTube videos from parties other than the blog author. This would appear to be permissible from the way I read the YouTube terms of service "Prohibited commercial uses do not include ... using the Embeddable Player to show YouTube videos on an ad-enabled blog or website, provided the primary purpose of using the Embeddable Player is not to gain advertising revenue or compete with YouTube." I have not chosen to do this; I give just the links. One remaining risk might be that the embedded video itself infringed on someone else and that I didn't know about the original owner; the party complaining of infringement would be the original owner of the content, like a movie studio -- and given my plans, I need to stay on the studios' good side. (Of course, I presume you can always embed your "own" videos, too, as long as they are otherwise "lawful". In Blogspot, apparently "Google Docs" now provides the preferred technique for doing this.)

One thing to bear in mind, too, is that if (a blogger's, or profile or personal site owner's) content suddenly ever disappears (even partially), it could occur as a result of a DMCA (Digital Millennium Copyright Act) takedown under the safe harbor provision, after an ISP or provider receives a complaint. (The speaker is supposed to be able to respond.) That's the trouble: even given fair use and attempts to make copyright law flexible, a lot of what is permissible is subjective, in gray areas and in the eye of the "beholder." And, bear in mind, original content owners often have very different motives and "business models" and fiduciary responsibilities, despite being theoretically equal before the law.
Posted by Bill Boushka at 8:53 PM