Are ad blockers a concern for the Internet advertising world (when that world supports self-publishers)? 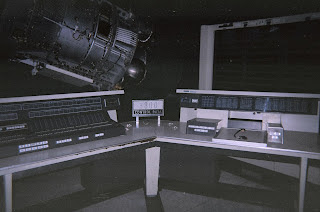 Apparently, the asymmetry of opportunity inherent in web self-publishing goes both ways. An upstate New York guy named “Rick752” is carrying on, with some effect apparently, a one-man (or perhaps there are “accomplices”) war against Internet ads.

Perhaps I am uncomfortable with having to "report" on this matter, as if I were biting the hand that feeds me. But, on my blogs, I want to account for everything that is going on, and get to "The Truth" -- which, as on the X-Files, is "out there." Blogger journalism, like all journalism, demands objectivity.

The practical "risk: from ad blocking is, of course, that if most surfers used tools like his, “free content” on the web for consumers would (or could) disappear because presumably most of it is paid for by ads. Income earning opportunities for self-publishers and bloggers with ad revenue would disappear, and the publishing world would go back to its old ways of formality and “paying your dues.” Maybe. It’s hard to say from the article or the evidence if this is a real danger or not.

The Washington Post Business section today (June 25) runs a provocative and detailed news story on this development. The piece is by Peter Whoriskey, it has the title “One Man, One Long List, No More Web Ads” and the subtitle is “In his free time, ‘Rick752’ helps millions skip banners and pop-ups. Should a $40 billion industry be scared?” The link is here.

The products are called “Easylist” and “Adblock”. The main web site seems to be this. The site has a subdirectory called “subscriptions.”

The Washington Post article (in the printed newspaper) gives a couple of examples of how it works. A Los Angeles Times front page is shown (“before” and “after”) with the blocking on, where an automobile ad is blocked. Adblock allows the visitor to block individual ads. I don’t know how easy it is to disable the blocking and see the ads again.

I personally have no problem with ads that stay “framed” an in place, and I have not used these products. I do get annoyed by ads that have to be closed, which some news sites (like USA Today and sometimes imdb) use. (I find Wal-Mart's coverup on MSNBC particularly annoying and tasteless.) Sometimes these kinds of ads may be skipped by deep links, which is one reason why there have been some legal battles over deep linking (which for the most part is now permissible as long as it is not “embedded” or “hot linked” – the recent story about the AP complaint gives an example). I do use popup blockers, which I can disable. With some sites, pop-up blockers get in the way of what turns out to be legitimate and valuable content. I have had some problems with both IE and Mozilla with blockers that prevent opening new windows.

As with any controversy, it’s important to see the other side of the story. That could be provided by the Interactive Advertising Bureau, which says (according to the Post story) “we are no where near a doomsday scenario.” A cursory search doesn’t show any evidence that Wall Street takes this “homemade cookie” ad blocking concept seriously yet. I could not get “Adblock” or “Easylist” to show up on a search of their site (for their comments). They have a very interesting and important article by Randall Rothenberg, “War Against the Web” which discusses, with some sobriety, Congressional and state legislative efforts to stop “behavioral targeting” of Internet advertising. The Huffington Post link is here. Rothenberg makes the point that, in a sense, all traditional broadcast advertising (as on network television) is a form of “spam” that tends to lead to homogeneity of content on public media.

There is also the “ethical” debate. Some people accuse “Rick” of threatening the democratizing potential of speech on the Internet. He answers that things will be all right if advertisers behave more reasonably and stop intruding, driving people like him to come up with blockers.

I have had online websites since 1996 (I started with AOL personal publisher and had my own domain in 1997). For a few years, I offered a little bit of Linkshare on my home page, which actually paid a little. The ads actually made the home page look a bit more colorful. I started with Blogger at the beginning of 2006. Some of my presence (my doaskdotell.com site) has no ads, and because of the volatility of the concept, I do prefer to keep things that way. Another reason is that ad-free pages allow one to be more candid with some kinds of content that would cause PSA’s or drive away most advertisers. And there are many interesting amateur blogs that do not have ads. On the other hand, there are blogs (like Heather Armstrong’s famous “dooce.com”) that provide full-time-job level income for their publishers because of the ads and volume of visits.

It’s important, however, that the ad business be healthy. The ability to provide blogging services, even for bloggers that don’t advertise, may depend on profits from advertising revenues, and from some legal right to target the ads both on content and (sometimes) on visitor behaviors. Of course, the free services, as we know, come with some disadvantages (they have to root out the bad actors and “spammers”, sometimes ensnaring the “innocent”), which can mean that subscription shared-hosting ISP publishing services (that have been around since the middle 1990s) may still turn out to be more important in the long run.

Rick may have an indirect point, in that if ads were "better" (had real content, as some do), people won't object to them. It's interesting, and disturbing, that Anderson Cooper tonight on his 360 News on CNN reported on Internet pharmacies and search engine and blog-associated ads, saying that many of the Internet sales would be illegal. (The transcript for the June 25 report is here.) The search engine companies are said to use a service called Pharmacy Checker before accepting their ads. The government says that much of its regulatory authority is concerned only with controlled substances (that doesn't sound true to me -- the FDA banned prescription of quinine for muscle cramps but you can still buy it over the counter).

Despite the claims in the 360 report, there is a Boston Globe and Washington Post story from December 10 2003 (by Gilbert M. Gaul and Mary Pat Flaherty) that most search engine companies had stopped accepting many questionable pharmacy ads, here.
Posted by Bill Boushka at 10:47 AM