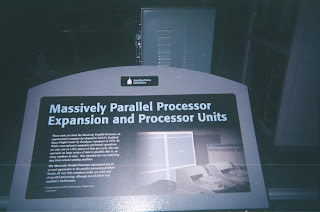 In 2005, remember, in MGM v. Grokster, the Supreme Court affirmed the legal principle that a company or entity that enable others to commit copyright infringement (or other illegal or harmful activities) could be to “downstream liability” when these company’s “business model” is predicated on the expectation that copyright infringement (or whatever other illegal activity) will occur and when the company could not be successful without a substantial amount of infringement occurring. This ruling could counter the use of "safe harbor" in the Digital Millennium Copyright Act, which specifies "downstream liability prevention" procedures for ISPs and hosts to follow with allegations from copyright owners that infringing works have been placed on their servers. In theory, it also sounds contradictory to the well known “Section 230” of the 1996 Telecommunications Act that limits liability to parties that host illegal content provided by visitors. Again, it’s what the business model is that matters.

Viacom (owner of Paramount and Dreamworks and many other entertainment companies) has sued YouTube for $1 billion in New York, claiming that YouTube’s model is predicated on infringement. Defendants claim that they follow the provisions of the Digital Millennium Copyright Act (DMCA), particularly in the way they follow the safe harbor provision in implementing takedowns of alleged copyright-infringing materials posted by visitors. Defendants also claim that a victory for Paramount could result in loss of generativity for the Internet and the ability of many ordinary people to share information on the Internet (including bloggers like me).

The AP story is “YouTube Suit Called Threat to online Communication,” by Larry Neumesiter, and the link is here. It was published yesterday on Yahoo!

The arguments made be defendants are disturbing. What they suggest is that it would not be profitable for search engine companies and blog-hosting companies and ISP shared hosting companies to offer low-cost of free hosting to “ordinary people” if the courts were to agree with Viacom. This idea is sure to be bitterly debated, and reminds one of the “Chicken Little” tone in much litigation these days (like COPA). The concern would come about if plaintiffs could prove that a substantial part of YouTube’s revenue comes from infringing materials, and if the company could not be profitable without “not catching” a lot of the infringing material. A more difficult economy could have an effect of the validity of the arguments.

The litigation will surely take some time, and whatever the outcome, be appealed and probably go to the Supreme Court. However, judges will have to follow the precedent in the 2005 MGM case.

In practice, I sometimes do find materials on YouTube that look like copies of broadcast material. As an individual, I have no way of knowing whether permission was obtained to upload the material. There has sometimes been some controversy over copyright ownership of “protest” video for events overseas. Television stations tend to guard their content carefully; but nevertheless, local stations sometimes do provide free uploads to YouTube or grant permission for its use, or they go out of the way to retain interesting videos for others to find later. A number of local station videos about Michael Fertik talking about his “Reputation Defender” exist and appear to be intended to be offered free by the stations.

So far, I have kept my own video on my own site (doaskdotell.com) and have not uploaded to YouTube. To me, as someone who would like to find funding for a film, copyright cuts both ways. Artists have to be paid or they cannot work. However, independent film (or something like what I would make) will be much less attractive to piracy than a blockbuster Indiana Jones movie (which does come from Paramount).

Just as with the recommendation that they should consider using Creative Commons licenses, new artists should watch this case closely. It seems like it is about big corporate profits, but it can affect the little guy.

Note: The Section 230 statute is here (Cornell). It refers more to content that a host might otherwise have to filter and says that nothing in it refers to intellectual property law itself.

The "Safe Harbor" law is section 512, and is here (Cornell).It is true that when web hosting companies follow these provisions, they are supposed to be protected from further "downstream liability".

There is another bill before the 110th Congress, HR 4279, that might strengthen DMCA safe harbor in some cases, govtrack reference here.

Arstechnica has a great article by Nate Anderson, dated 5/27/2008, "YouTube: Viacom dumping piranhas in our DMCA safe harbor," link here. Anderson discusses conversations with Viacom executives that argue that YouTube does not qualify as a "DMCA safe harbor provider." It's a little odd to call "safe harbor" the best part of the DMCA, but it is essential for legitimate facilitators of user generated content (like Blogger) to have precise limits from liability. Normally the liability goes with the actually publisher of the content, not the communications carrier. It's hard to fathom what the Viacom executive means other than a claim that YouTube would not exist if it did not depend on deliberate infringement by many posters. What seems to be happening is that older media operations that depend on "suburban mall blockbuster" mentality of on Nielsen ratings for revenue have not figured out how to deal with so many new channels of distribution. The nature of the audience for film and video, as judging from the popularity of many sites that offer indie content legally (like Logo for glbt material) has changed simply too rapidly for old-style executives to keep up.
Posted by Bill Boushka at 5:54 AM